Home
Reviews
The Worst Carseats of 2010
Tweet Pin It

In general, I’m really not a fan of “Best” and “Worst” lists.  We all have opinions on what we love and what we can’t stand and just because I don’t care for something doesn’t mean you won’t love it.  I’ve also been around this field long enough to have some perspective on the issues.  I can clearly recall the not-so-good-ol’-days when there was a lot more to hate in the wonderful world of child restraints.  Things like shield boosters and rear-facing convertible seats that only went to 22 lbs and forward-facing seats with rear harness adjusters (you actually had to uninstall the seat just to tighten and loosen the harness straps – insane, huh?)  And seats that were literally impossible to install correctly in almost any vehicle with straps so twisty that they looked like ropes after just a few months of use and there was very little that could be done to stop the process or correct it.

Point is, there’s a lot less to truly hate nowadays.  But there are still some legitimate poor choices currently available for purchase on store shelves right now.  Many are designs that have been around for a decade or longer but still manage to sell for various reason (price, styling, cute covers).  These seats are all throw-backs to the past and there are definitely much better options currently available in each category.  Of course any child restraint is better than nothing at all, but if you’re shopping for something new, you’d be doing yourself a favor if you bought something that wasn’t on this list.

Here are my nominations for the Worst Carseats of 2010:

Evenflo Discovery – what’s to dislike? Well, just about everything. The only thing this seat has going for it is that it’s cheap and it doesn’t weigh much. At least they finally stopped making the dreaded 3-pt harness version. I guess we should be thankful for that much. 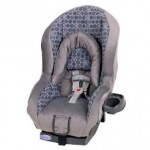 Graco ComfortSport – another relic in the world of child restraints. The ComfortSport represents an interesting contradiction to most everything else in the current Graco lineup. It’s so dated compared to all the great new CRs that Graco has come out with in the last 5 years. But with 10 (yes, ten!) different cover options and a price tag of around $80-$90 (which is still way overpriced for what you’re getting) this profitable fossil will probably live on forever.

In this category, there were so many poor choices that I couldn’t narrow it down to just one. But they all came from a single parent company – Dorel Juvenile Group. It’s not even worth my time to go into everything I dislike about each and every one of these seats. Suffice to say that they all meet the same criteria for my “Worst” picks.  The cons far outweigh any pros. None of these seats are better than average when used with the 5-pt harness (mostly due to low top harness slot heights and 40 lb weight maximums) and they generally do a very poor job of positioning the seatbelt properly on a child when used in booster mode. Also, with only one exception, the designs are all about 10 years old. Thankfully, there are much better choices currently available in this category. 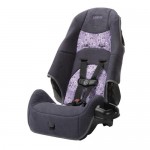 Really, nothing that I’ve pointed out here is “news”.  But for various reasons, the seats nominated for worst in their category still continue to sell well enough, year after year, for the manufacturer to justify keeping them around.  The problem is a vicious cycle.  The buyers for big-box stores like Walmart/Target/Kmart want to keep prices as low as possible so they keep ordering the least expensive options that child restraint manufacturers offer them.  CR Manufacturers are terrified of losing their precious “shelf space” in what is a VERY competitive market so they keep offering what they know these buyers want.  Since big-box budget stores like Walmart & Kmart & Target sell huge quantities of child restraints – the less expensive seats on the shelves are almost guaranteed to sell well.  And since CR Manufacturers are in business (just like any other business) to make money there is little incentive for them to retire an outdated product that continues to be profitable.  Now, if those old product designs ceased to be profitable, the manufacturers would drop them faster than you can regift a fruitcake.

Perhaps we should petition NHTSA to mandate that their Ease-of-Use Ratings be clearly posted on the shelf tag right next to the price.  This would be somewhat similar to the star safety rating that is required to be posted on the sticker of a new vehicle at the dealership.  While far from ideal, at least it would give the consumer some type of comparative information on which to base their carseat purchase decision.  I can’t help but wonder how many parents would still buy the Evenflo Discovery if they saw a 2-Star NHTSA Ease-of-Use Rating posted right next to the $54 price tag at Walmart?

For a listing of some better choices in each category, and in a variety of price ranges, check out our Recommended Carseats page.