Home
Resources
Load Legs 101: What Is a Load Leg?
Tweet Pin It 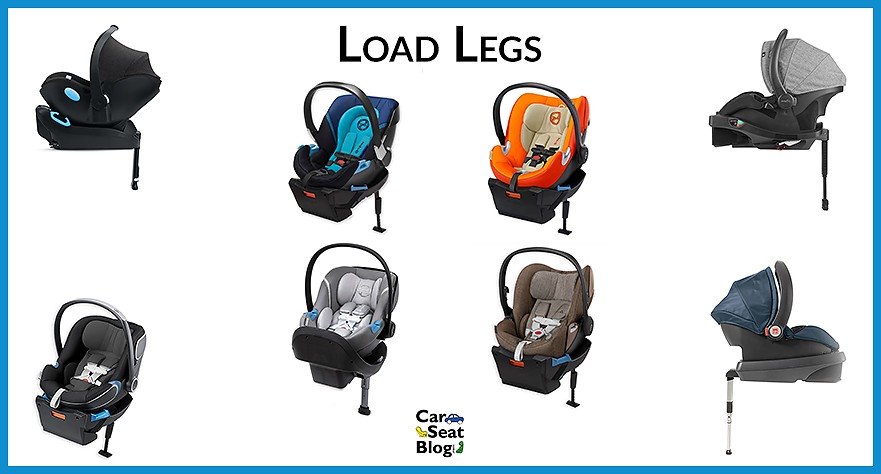 , a short-lived rear-facing only seat popular in Europe, but we weren’t quite ready for it. It had an anti-rebound bar, rigid LATCH, and a load leg: things American consumers simply didn’t understand, or want to pay the hefty price tag for at the time. Today’s shoppers are more sophisticated and researching such features is second-nature now. 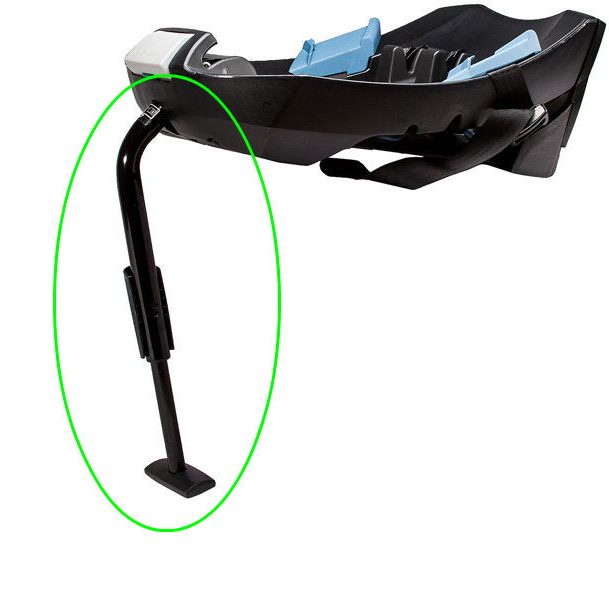 Let’s address why load legs—aka foot props or stability legs—exist. Here on this side of the Atlantic, we find them on rear-facing only infant seats and the new Cybex Sirona S convertible carseat, but in Europe, you will find them also on forward-facing carseats. Load legs limit downward rotation toward the front of the vehicle. Statistically, frontal crashes account for the majority of crashes so we design carseats to protect children in them. Carseats move toward the point of impact, so rear-facing carseats rotate down and toward the front of the vehicle in a frontal impact.

According to FMVSS 213, the safety standard to which all U.S. carseats are tested, rear-facing carseats may rotate downward up to 70° and still pass testing. During this downward rotation, the child will also ramp up (slide up) the carseat. As the child slides up the seat, crash forces are felt in the neck and shoulders as they make contact with the harness.

Harnesses, seat belts, and LATCH belt webbing are designed to stretch for energy management. This stretching of the webbing—plus any removal of slack in the harness—and vehicle seat cushion compression causing downward rotation, is called “payout.” Payout happens before ride down, which is when the carseat and vehicle come to a stop. The more movement a child has during a crash, the more chance for injury, which is why child passenger safety technicians emphasize snug harnesses and installations. Eliminating the downward rotation by using a load leg means the child stays down in the seat and payout is reduced. This is a good thing because the less time that’s spent on payout, the more time that’s spent on ride down, which is when the carseat itself starts absorbing energy. The carseat stays more upright allowing the back of the carseat to absorb energy instead of the harness; the crash forces are distributed along the child’s back instead of concentrated on the neck and shoulders.

Another benefit from load legs, especially in smaller vehicles, is that by allowing the carseat to stay more upright in a crash, there’s less of a chance a child will ramp up and out of the carseat and strike the vehicle interior with their head. Head injuries lead the list of injuries to rear-facing children in vehicle crashes.

The video below compares a Cybex Aton 2 without its load leg to an Aton 2 with its load leg. You can see how a load leg affects downward rotation. Be sure to notice the position of the dummy’s head on each side of the video.

Another thing to point out with load legs involves FMVSS 213 and testing with load legs. The test sled for 213 doesn’t have a floor, so load legs can’t officially be included in federal testing. When manufacturers test their carseats with load legs, they add a floor piece onto the sled so the load leg has a place to rest. This is why load legs aren’t required to be used and bases with this accessory have a storage area for them to be tucked away.

We can’t really talk about load legs without discussing rebound. Rebound is the action of a rear-facing carseat when the top part of it moves toward the back seat upon pushing or collision. On a carseat without a load leg, after the downward rotation, there will be rebound (remember Newton’s 3rd Law: for every action, there is an equal and opposite reaction) into the vehicle seat back. All the energy that goes into stretching of webbing and vehicle seat compression has to have a place to, hence rebound. Rebound with a typical rear-facing carseat usually has 1/3 the energy of the initial crash. On a carseat with a load leg, since the downward motion is limited and that energy has been absorbed by the vehicle and the carseat, there will be reduced rebound.

Britax nicely explains rebound starting at :50 in this video: (the Chaperone rear-facing only carseat was discontinued in 2014; their current infant seats are the B-Safe 35 and Endeavours).

You can also see rebound on a carseat that doesn’t have rebound control (either with a load leg or with an anti-rebound bar) below. Remember that crash tests look scary, but that as stated above, rebound has typically 1/3 the energy of the initial crash. While there have been injuries to legs on rebound, they have been relatively minor (compared to what can happen forward-facing) and very few. All rear-facing carseats without rebound control will look similar to this one.

On viewing the new Clek Liing rear-facing only carseat crash test video below, you can see that the carrier moves slightly on the base, but the base doesn’t move due to installation with rigid LATCH and the load leg. Energy is transferred to the floor and Clek claims crash forces are reduced by more than 40%. Energy is released on rebound but is slight compared to a carseat lacking the load leg feature. 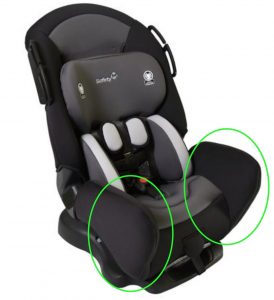 There are carseats, both rear-facing only infant seats and convertible seats, that have anti-rebound bars (ARBs); it’s a more common feature than the load leg. Anti-rebound capability is required in Canada, so Canadian carseats may have it built in to the structure versus having an ARB that must be attached rear-facing.

Alternatives to Using a Load Leg 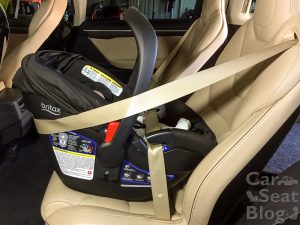 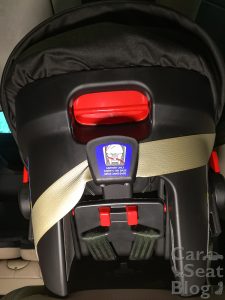 One alternative to using a load leg on a rear-facing only carseat is installing the carrier without the base Euro-style. This requires that the carrier have a clip or other feature on the back of the seat allowing the shoulder belt to be routed behind the child’s head; not all seats allow this. Having the shoulder belt wrapped around behind the seat supports it and keeps it from rotating down.

Another is installing a convertible using a rear-facing tether Australian-style (Aussie-style). The tether wraps around the back of the carseat and attaches to the vehicle’s tether anchor. Clek has the Q-Tether for its Foonf and Fllo convertibles. 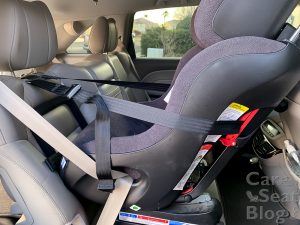 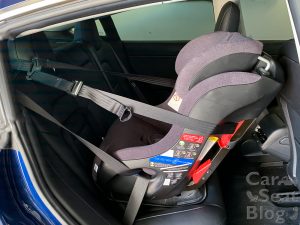 Things to Think about When Using a Load Leg:

For being around a long time, load legs are certainly starting to make a splash in the market here. As with any carseat, a base with a load leg may not work well in your vehicle or with other carseats in your car. Because of their reduction in crash forces, a carseat with a load leg is a feature worth considering if you can find one in your price range with other features you like and that you’ll use correctly each ride.