Safest Used Cars Deals under $10K in 2017 for Teen Drivers

Many families put a high priority on safety for their kids.  Unfortunately, for various valid reasons, most are not able to go out and buy a brand new car with the latest safety features.  Perhaps others are buying a car for a teen or college student and want something safe, but don’t want them wrecking a new car!  Earlier this year, the IIHS evaluated hundreds of cars to produce a list of recommended models for teens.  A similar list was created by Consumer Reports.

I have somewhat different criteria for my teen drivers, with more emphasis on crash test results and safety features.  For example, while I also exclude the smallest sub-compact and “micro” vehicles, I have no issue with my teen driving a compact sedan if it is above around 2,750 lbs., but only if it has great crash test results.  While compact cars do give up a little in terms of weight in a frontal crash, they are generally more maneuverable and easier to handle and park.  That’s important for new drivers.  And of course, compact cars are less expensive to buy and maintain.  I am also more concerned about having top results in all the actual crash tests, including the new IIHS small overlap test, and less concerned about certain other results that Consumer Reports and the IIHS factor into their recommendations.

Unfortunately, the IIHS excludes compact sedans from their list, even top performing models with many safety features and decent all-around crash test scores, including their own small overlap test.  In fact, some models they recommend do very poorly in this newer crash test.  Like Consumer Reports, many of their recommendations are well over $10,000.

So, sure, I’d love to go out and  buy them something sporty and safe, maybe a brand new Volvo XC60 or Acura MDX with all the safety features and a price tag to go with them.  Heck, I wouldn’t mind driving one of those myself!  But being more realistic, what’s available for around $10,000 or less? 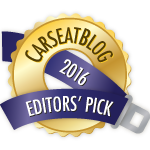 Top 10 picks for the safest used cars for teens and families:

These picks meet all my requirements and most preferences, too.  They are generally reasonable all-around cars and SUVs, and many can be found for well under $10,000 in most areas, depending on year and mileage: 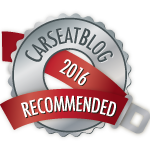 Safety splurge choice: 2014-2017 Subaru Forester Premium or 2015-2017 Subaru Legacy Premium with EyeSight.  Though closer to $15,000, a 2014-2015 used model may well be worth the extra expense because of the great crash test results, good reliability, good visibility, all-wheel drive and the available EyeSight system that is among the best advanced safety packages with frontal crash mitigation on the market today.  A reasonably wide back seat makes it a decent family choice for carseats as well.  Legacy is a repeat winner of our Safest Sedan award and comes standard with all-wheel drive. 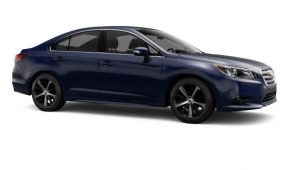 New Car Choice: 2017 Toyota Corolla 4-door sedan.  Now an IIHS Top Safety Pick+ with STANDARD safety features!  Kudos to Toyota for including advanced, active crash prevention on every 2017 Corolla that you see on the lot.  Combined with a 5-star overall NHTSA crash rating, your teen will be extremely safe for around $19,000 MSRP.  Street prices with incentives are below $17,000 for 2017 L/LE trims with lease offers starting around $150 a month.  That makes it the least expensive new car to earn top ratings from both agencies with standard features.  As a compact car, it’s not ideal in back for 3-across carseats, but otherwise a safe choice for a teen or small family.  (Does not apply to 2016 or earlier models).

This is not an all-inclusive list, just some models I identified as standouts.  If you’ve found other safe choices for teens, please comment!

Is it worth it to spend this much?  Raising a child to to 15 years old is a huge financial expense.  Paying for college is also extremely expensive.  Statistics prove that driving a car and riding with other teen drivers is by far the most dangerous thing most teens do on a daily basis and is the single greatest risk to their life.  By comparison, paying for a reasonably safe vehicle seems like a relatively small expense to make sure your teen makes it safely to college and beyond!