In Part I, we awarded the safest 3-row vehicles.  In Part II, we awarded 5-passenger SUVs.  In this part, we will look at sedans that have great overall safety and are also typically less expensive to buy and operate than sport utility vehicles. Like our other safest vehicles lists, you don’t have to click through full page ads or slideshows to see the winners! Unlike lists from websites that don’t have expertise on automobile safety, our criteria to qualify are completely objective and based on safety features and crash test results from BOTH the IIHS and NHTSA.  Plus, we go one step farther and tell you the minimum trim level and cost to get a vehicle that qualifies!  Many auto mags won’t tell you that you some vehicles must be special ordered in the costliest trim level and options packages just to get the necessary safety features for your family!

As with the 5-passenger SUVs, we have similar basic requirements to trim the increasingly long list of very safe vehicles to a select few vehicles that stand out from the pack.  We keep a minimum curb weight requirement, an advantage in head-on frontal crashes.  We also limit qualifiers to midsize or larger vehicles that tend to be wider and offer better compatibility for three children or carseats in the back.  That means a lot of very safe vehicles will just miss the cut!  If your car is not on the list, that doesn’t mean it is unsafe!  Requirements:

The qualifiers below are all among the safest sedans on the road.  Many other very safe models just barely missed the list for one reason or another, or simply lacked a complete set of testing results.  For example, many models dropped out of contention for 2017 because of “Marginal” or “Poor” headlight ratings from the IIHS.  The IIHS made some changes for 2017, requiring a “Good” ratings in all their crash tests and also an “Acceptable” or “Good” headlight rating.  The 2017 finalists for safest family sedan:

*We include some models that qualified for a Top Safety Pick+ award in 2016.  They do not meet the IIHS requirements for the 2017 award only due to marginal, poor or untested headlights.

** Tested too late in the year to make our awards

Selecting the winner wasn’t too difficult.  Perfection was the key.  The very safest sedans earn the top “Good” rating in every IIHS crash test, every single sub-category IIHS crash test rating and earned the best “Superior” frontal crash prevention rating by avoiding crashes in both high and low speed testing got 6 points total.  They also earned a 5-star overall rating from the NHTSA and 5-stars in all five individual crash test ratings plus a 5-star rollover rating.  (Note that for 2017, the NHTSA no longer shows results in each individual crash test, so we require 5-star ratings in the frontal and side combined ratings).  This threshold is admittedly very high, so any of our Runners-Up could claim to be just as safe on the road as our winner: 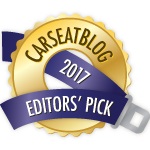 .  Significantly improved for 2015 to compete with the best of the affordable midsize sedans, and now a winner for the third year in a row!  To get the Top Safety Pick+ rating, you must add the optional EyeSight system.  Fortunately, Subaru allows this on the 2.5i Premium trim.  For only $26,000, you can get a full array of advanced safety features that earn it the highest possible “Superior” rating of 6-points by the IIHS in their front crash prevention tests.  Bluetooth hands-free connectivity and a backup camera are standard on all trim levels.  Plus, you get their excellent AWD system standard along with good fuel economy.  It aced every single crash test and sub-rating from both the IIHS and NHTSA, one of the only sedans to do so and avoid crashes in both front crash prevention tests.  The Legacy is also more carseat-friendly than average for a midsize sedan. 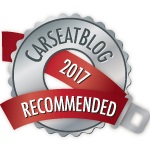 These models earned a 2017 Top Safety Pick+ award from the IIHS, a 5-star overall rating from the NHTSA and 5-stars in the combined frontal and side impact results.   They also did very well in all the IIHS sub-ratings for each crash test and earned “Superior” ratings for their front crash prevention systems.  Noted are the trim levels and/or options packages required to equip the necessary safety features to earn an IIHS Top Safety Pick+ award.  The lowest MSRP with the necessary features is also given.

Kudos to the Mazda 6 and Nissan Altima for finally matching Subaru with award winners under $30,000.  The Mazda 6 Touring trim is notable as the least expensive of all of our 2017 winners.   The Mazda 6 falls only a hair short of our “Safest” 2017 sedan award as it had a few “Acceptable” sub-ratings from the IIHS, including its headlight rating, and didn’t completely avoid the high speed frontal crash.

2017 Toyota Corolla 4-door sedan.  An IIHS Top Safety Pick+ with STANDARD safety features for 2017!  Kudos to Toyota for including advanced, active crash prevention on every 2017 Corolla that you see on the lot.  It also earns a 5-star overall NHTSA crash rating starting around $19,000 MSRP.  Street prices with incentives are below $17,000 for 2017 L/LE trims with lease offers starting around $150 a month.  That makes it the least expensive new car to earn top overall ratings from both agencies with standard features.  As a compact sedan, it will be more difficult to fit 3-across carseats and there is less room for rear-facing carseats as well.  The relatively light weight keeps it from qualifying as one of our 2017 winners. (2016 and earlier models do not qualify).

2017 Chevrolet Volt, currently the only small car to earn an IIHS Top Safety Pick+ award for 2017 as well as 5-star overall, frontal, side AND rollover ratings from the NHTSA.  For 2017, an improved frontal crash avoidance system earned the top “Superior” rating from the IIHS and avoided crashes in both tests.  The problem is that this system is optional on a pricey package available only on the Premier trim model.  This drives the price to over $40,000 with “Forward Automatic Braking”, Adaptive Cruise Control and the “Driver Confidence” packages.  While the Volt is above our minimum weight requirement, it is still considered a compact car.  As such, 3-across carseats and kids in the back seat will pose various challenges.  On the plus side, the Volt does have a narrow center seat now and seats five passengers, unlike previous years that only seated four.  Not to mention you can get about 50 miles on a single electric charge, saving gas!

The 2016-2017 Acura RLX is another notable top performer in that every advanced safety feature including the Collision Mitigation Braking System is standard at the lowest trim level.  That is still uncommon, even for luxury models, and means you won’t have any problem finding a car equipped with these features at a dealership.  It was a Runner-Up winner in 2016, but misses the award for 2017 due to a “Marginal” headlight rating that prevented it from earning an IIHS “Plus” award.  Starting at $54,000, it is also far more expensive than our winners.

So many manufacturers still force consumers to buy the most expensive trim level(s) if they want a full set of advanced safety features, sometimes also requiring a pricey technology package on top of the high price of the premium model.  What good is an IIHS Top Safety Pick+ rating if you can’t afford it or can’t find it on a dealer’s lot?  Manufacturers like Subaru, Mazda, Nissan and Honda are setting the trend with lower priced models that have important safety features standard or in reasonably-priced and readily-available options packages.

Looking for a less expensive used vehicle that is very safe?  Be sure to check out our list of the Safest Affordable Used Cars for Families and Teens coming soon.