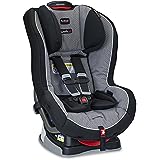 Britax Boulevard G4 and other Britax G4 convertibles are getting a facelift for 2015. So, this review is a very minor update to our 2014 Britax Advocate Full Review. We recommend reading our full review for all the details of the Britax G4 and G4.1 convertibles, as this review will just cover the updates for 2015. The Britax G4 convertibles have not changed in any significant way, but only have some minor labeling and marketing changes moving into 2015 with the unofficial G4.1 designation. Here are the changes: 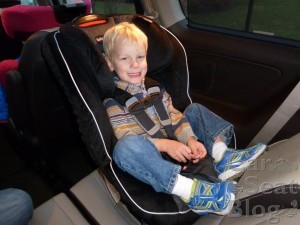 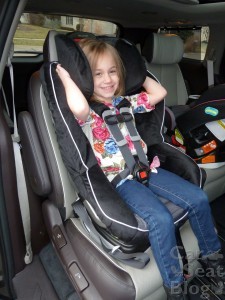 *Tip: If you’re viewing from your phone – turn it sideways to see more columns of the chart in landscape mode.

There are no major changes for 2015 on the Britax Boulevard G4.1 or the similar Roundabout, Marathon and Advocate G4.1 models.  The big change for Britax was the introduction of the Britax ClickTight Convertibles, with more features, higher limits and a bigger price tag.  Meanwhile, the G4.1 models continue to be great convertible carseats at a lower price point.  The lowest priced model, the Britax Roundabout G4, sells for under $145 at some retailers.  Meanwhile, the Advocate G4.1 packs the most premium features, is easier to use than many competitors and comes with unique, patented external side impact cushions.  All install easily with LATCH and fit well in small cars.  For those reasons, we continue to include them on our Recommended Carseats list!

The 2015 Britax Boulevard G4.1 sample used in this update was provided by Britax USA, no other compensation was provided and all opinions are my own.