Today we wrapped up the 10th annual Kidz in Motion (KIM) Conference in beautiful, sunny, New Mexico. It was another great conference and a good time was had by all. While I was here I had the opportunity to do some comparison testing of the current G4 Britax convertible models and the brand new Britax ClickTight convertibles that now available for pre-order. I was particularly interested in seeing how the seats compared side-by-side when installed rear-facing. 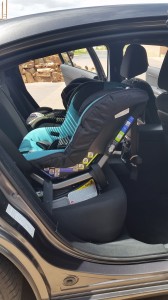 Since the new ClickTight convertible models have 7 recline positions that can be used to achieve an appropriate recline, I took several different measurements so you can have an idea of how these new seats will fit rear-facing in backseats as compared with the Britax G4 convertible models which have a reputation for fitting exceptionally well in tight spaces.

Installed at a recline angle appropriate for a newborn or young baby with the headrest in a low height setting- the Boulevard ClickTight model took up approximately 3/4 of an inch (.75″) more room than the G4 model did. That’s still better (space wise) than most other convertibles currently on the market. 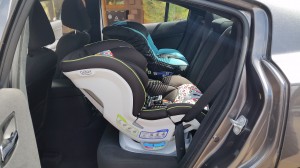 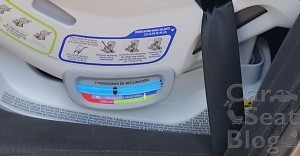 Installed at a angle that was more upright (which would be consistent with the overall comfort of a toddler or older rear-facing child) with the headrest fully extended, the ClickTight model took up slightly less room than the G4 model did. And I do mean slightly – the difference was only 1/4 of an inch (.25″). 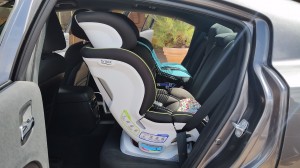 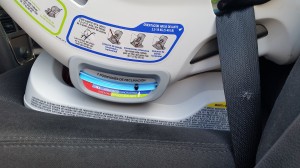 Installed at an angle that was bolt upright – suitable for older children who really don’t need any recline at all (basically it’s how they would be seated if they were forward-facing). The ClickTight model took up a whopping 3″ LESS space than the G4 model did! I was really shocked by that because as I stated earlier, the G4 convertible models are already known for being great seats for tight spaces. In reality, most parents probably won’t install the CT models this upright rear-facing because it is VERY upright. But I asked the Britax engineer how he felt about it and we both agreed that there is no such thing as “too upright” for older RF kids who don’t have any special healthcare needs. If your older kid is comfortable sitting at 20 degrees from vertical – Britax has no issue with that. 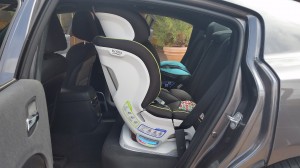 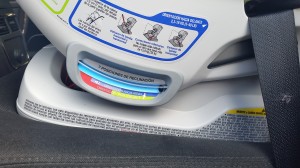 The new ClickTight models offer a wide range of recline angles and these options create more potential for finding a suitable recline angle and taking up less space in the vehicle. Children under 6 months old generally need more recline but as they grow and gain good head and neck control – the seat can be installed more upright. The recline angle indicator on these new models is excellent and pretty self-explanatory. For rear-facing, the angle indicator should be in the light blue zone for younger babies and in the dark blue zone for older babies, toddlers and preschool age kids who still ride rear-facing.

I took a few pictures of the Blvd ClickTight forward-facing as well. I just set the seat in the vehicle – I didn’t bother to install it because we were short on time but this will give everyone a general idea of what the Blvd CT looks like forward-facing. 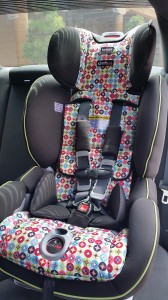 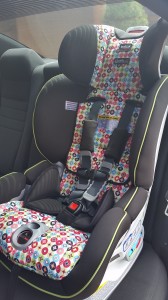 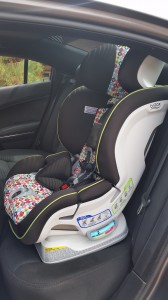 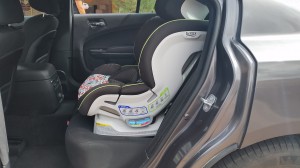 Last but not least – here are a few measurement pics since the ones I took of the Advocate model at the launch event in NYC weren’t 100% accurate because those seats were still prototypes. The top harness slots on the Blvd CT and Advocate CT models measure about 19″ tall and the overall internal height with the headrest fully extended is about 29″. The Marathon CT is a little shorter both in terms of overall height and top harness slots. 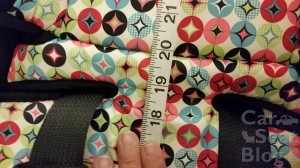 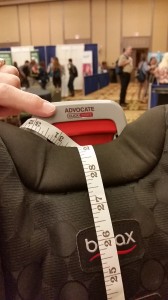