It’s a busy morning here at the Lifesavers Conference and we’re happy to see that Hauck/iCoo is here showing off their new infant carseats for the US and Canadian markets! We first saw the prototype of this new infant carseat at the ABC Expo last fall and we’re excited that it’s almost ready to ship to retailers.

Hauck is a German company that has been in existence for nearly a century and already has carseats in the European market. The ProSafe35 has already passed US and Canadian testing, and will be rated from 4-35 lbs. and up to about 33″ tall. (Currently they only have the height as 85 cm, but it will be conferred for US manuals.) The iCoo version of this infant seat will be called iGuard35 and we will update when we have more info on the differences. 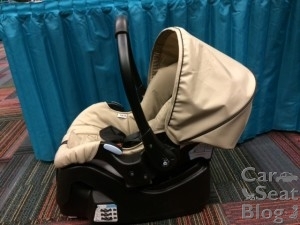 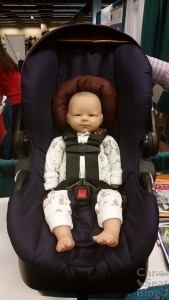 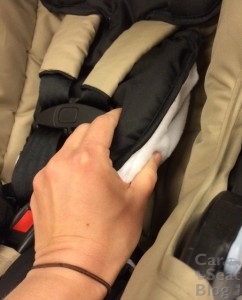 The seat has an extremely tall shell, with a seatback height of about 20 inches, meaning it could potentially fit a 2-year-old child. There is also a well contoured infant insert for use with newborns and small babies. One really nice thing about the infant insert is that it is reversible between a “summer” and “winter” side, with slick and fleecy-feeling fabric, respectively. At ABC, they only had a thin prototype of the insert, but they now have a nicely padded one that will be used in production models.

MSRP on the Hauck version is $199 as a stand-alone seat. An iCoo travel system will be available soon. 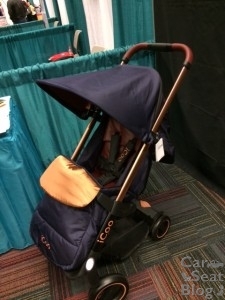 The iCoo version will be available as a travel system for $799 or $899, depending on model of stroller.

Available May 2015 in the USA, and August in Canada.