A while ago I stumbled upon an internet petition someone had created to try to get the car seat governing body to release crash test data for car seat companies in Europe. The argument made by the petitioner was that consumers were entitled to know what was safest and that it would drive other companies to create safer car seats. When I read it, I found myself caught between two entirely different opinions.

On one hand, I loved it. I loved the idea of being able to see which seat was empirically, statistically the most successful at reducing trauma in a crash. Who wouldn’t want to know they are purchasing the very best seat? And who among us wouldn’t absolutely look if that information was available?

But that feeling of interest was quickly replaced with discomfort. 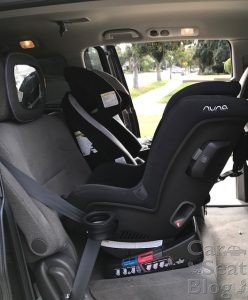 First, crash tests aren’t perfect at replicating real life, to say the very least. In real life, crashes happen at different speeds, angles, and with a number of other variables. So even if one seat performed extremely well on the variable controlled, carefully orchestrated crash test, there is no reason to believe that in real life, in a real crash, with a real occupant, that the seat would perform exactly the way it did on the sled. We do assume it would perform well and would keep the occupant safe if it’s used correctly, but that doesn’t mean it would perform better than another seat would in that exact crash.

Equally important, not every family can afford every seat. There’s an enormous amount of economic privilege in wanting crash test data in order to buy the best seat out there. As soon as that data is published, whichever seat fares the best will almost certainly also become one of the most expensive seats, if it isn’t already. This seems deeply unfair for families who don’t have room in their budget for a pricey seat. And there’s also the issue of what would happen if a more budget friendly seat performed less spectacularly. Will people be less inclined to use a seat if they know it isn’t the best? Will we see more kids unrestrained if parents don’t think their seat is worth it anyway? 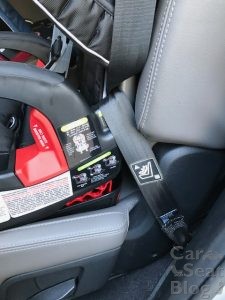 Beyond the economic piece, there’s also a “bubble” phenomenon that I’ve seen when people believe that a seat is the safest. They see the seat as a perfect, protective bubble and don’t pay much attention to properly using it, so the “safer” a seat is proclaimed to be, the less careful people are with using it. I’ve seen this play out in seat checks my entire career as a tech. I had one parent who noticed that the seat just didn’t seem secure in her car, but she trusted it because she was told it was the best seat. When I checked it, we found out that the seat only had one lower anchor attached because someone had accidentally unhooked the other side. I obviously don’t know for certain that the claims of safety made a difference, but I wonder if that parent would’ve trusted their gut more if they didn’t trust their seat so much.

I think we all know that it is entirely possible that some seats perform better in crash testing than others and probably deep down we all wish we were privy to that information. But the truth is that if crash testing continues to be as rigorous as it is now (and hopefully even more rigorous in the future!), the best seat you can buy is the one that fits your car, your child, your budget and which you use correctly every single time.

Now, because I’m curious. Would you sign the petition?

(Photos chosen because they were what I had available on my phone, not because they relate to any safety claims. Promise.)