Best, Better or Basic Crash Protection Rating?  How does your convertible compare?

Over 18 months ago, Consumer Reports implemented a new, more rigorous crash test for carseats and released the results for their rear-facing only infant seat tests. CR’s goal in creating the new test and criteria in rating seats wasn’t to recreate the wheel; every carseat on the market in the U.S. must be able to pass a basic crash test to be sold and thus considered safe. Consumer Reports wanted to find out which seats provide the best head protection since head injuries are very common in crashes, even among properly restrained children. 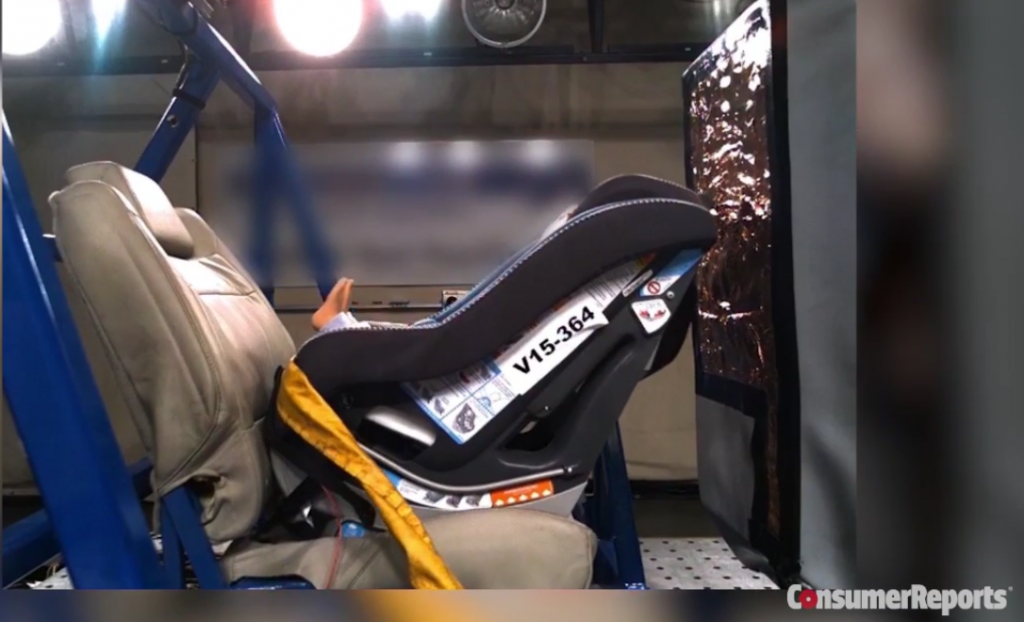 This new test was designed by an automotive safety engineer and peer-reviewed by an independent crash-testing expert with 40 years of experience in the field. It is conducted on an actual contemporary vehicle seat (a 2010 Ford Flex 2nd row seat) with a floor below it, unlike the government test which has a 70’s era back seat test bench with no floor. There’s a simulated front seat back, called the blocker plate, installed in front of the test seat to mimic a front seat, which is used to test potential injury.  The speed of the test is set at 35 mph. Testing is performed at an independent, outside testing facility. The new “Crash Protection” ratings scale will no longer use the circular blobs, but will instead indicate “basic,” “better,” or “best” at providing crash protection above and beyond baseline safety standards. Those who follow vehicle ratings will recognize the 35 mph test as the same speed that at which the NHTSA NCAP test for vehicles is run. CR’s new test applies 36% more energy to carseats than their old test protocol.  A more severe test would presumably show greater distinction among carseat performance.

So what did CR’s 2015 tests of current convertible carseats find? Specifically, only in 1 rear-facing test out of 25 (4%) did one dummy’s head strike the blocker plate, or simulated front seatback. In contrast, in the infant seat tests, 16 out of 30 (53%) infant seats tested had dummies striking the blocker plate. What does this mean for your child? It means a taller carseat will provide better head protection for taller babies. For this reason Consumer Reports now recommends moving your baby into a rear-facing convertible “sooner, rather than later”, and not waiting until the infant seat is maxed out.

Consumer Reports crash tested convertible carseats in up to 7 configurations,both forward-facing and rear-facing, with various dummy sizes, using LATCH or a 3-point seatbelt.  Several convertibles that received CR’s top “Crash Protection” rating of “BEST” are also on our Recommended Carseats List. We chose the Chicco NextFit, Evenflo SureRide and Graco Size4Me 65 because of their many excellent qualities. The SureRide has the distinction of being a top performing model in crash test results and a CR Best Buy along with the Cosco Scenera NEXT, because of their high overall score and bargain pricing. We have a review of the SureRide here and our review of the Scenera NEXT is forthcoming. 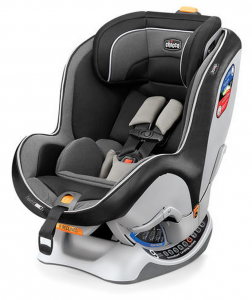 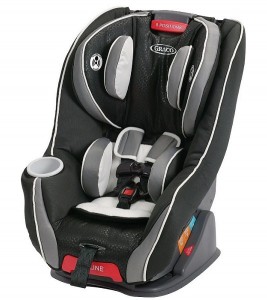 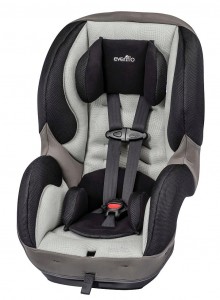 In addition to the new Crash Protection Rating, Consumer Reports still gives each model an overall numeric “Score.”  This is based in part on the Crash Protection Rating and also other more subjective factors, such as ease-of-use and fit-to-vehicle in various modes.  The Chicco NextFit and Britax Marathon ClickTight* had the top overall scores in this round of testing.  CarseatBlog regards both among our favorite recommended convertibles as well.  The next batch of high scoring seats overall include the Evenflo SureRide (also Titan65), Cosco Scenera NEXT, Graco Contender 65, Graco Size4Me 65 (also Headwise 65) and the Graco My Ride 65.  These models all earned a Consumer Reports “Recommended” rating and all but the My Ride 65 are on CarseatBlog’s Recommended Carseats list. Subscribers to Consumer Reports can see the complete ratings HERE.

These ratings are for Convertible carseats only.  “All-in-One,” “3-in-1,” and “4-in-1” carseats that have a booster mode will be tested at a later date. (This includes the Graco 4Ever, Graco Milestone, Evenflo Symphony and Diono, among others.)

* Britax Boulevard and Advocate ClickTight models were not tested, but are currently under evaluation and will be added to these ratings when completed.

Consumer Reports notes that their Crash Protection rating is an evaluation of a seat’s potential for providing an additional margin of safety.  They consider even models that receive a BASIC rating to be safe.

We note that among the models with a BASIC Crash Protection Rating, the Britax G4 series convertibles received this rating due to lower performance with a 52-pound 6-year old dummy or a 62-pound weighted 6-year old dummy in forward-facing crash tests.  In that these are smaller convertible carseats, we recognize that very few children will actually remain in them beyond 50 pounds.  As such, we still feel they represent a very good option for both smaller vehicles and for younger children that will still receive good protection.

What does Consumer Reports advise?

We remind our readers that whether you are looking at our Recommended Carseats list, Consumer Reports or another website’s recommendations, the most important issues to keep your kids safe are these: