In this episode of CarseatBlog Mythbusting, we look at the common perception that LATCH installations are safer than seat belt installations.

Myth: For the safest installation, install your carseat using the LATCH system, not the seat belt.

As most people know, LATCH (Lower Anchors and Tethers for CHildren) is touted to be the easiest and most simple way to install your child’s car seat. Because it’s somewhat “new” and is more frequently mentioned, a lot of people just assume it is safer to use the lower anchors and tether instead of the seat belt and tether (when indicated). 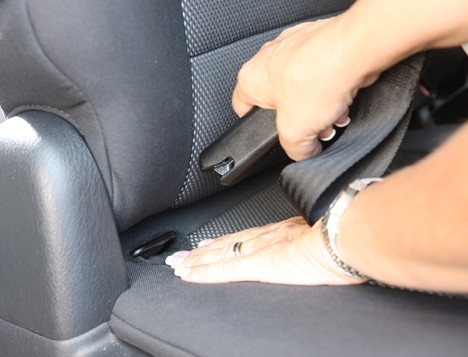 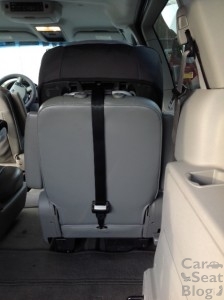 The LATCH system was designed to simplify car seat installation, which in theory would reduce the risk of the seat being installed incorrectly. Simply put, the easier it is, the more likely someone will get it right. A correctly installed car seat is a safe car seat. Seat belts can be finicky at times and the different types of locking mechanisms can be confusing. However, it’s not so cut and dry. LATCH systems are differently placed in different cars. Some are extremely easy to access, and some are buried deep and almost impossible to reach. Not all cars have lower LATCH anchors in the center seating position, and many people prefer to install in the center so the child is furthest from any point of impact. In fact, one of the most common statements I hear from parents is, “I installed the carseat on the side instead of the center because my car does not have LATCH in the center and I was told LATCH is safer”. Add in the new LATCH weight limits and things get really hairy.

A carseat installed correctly with a seat belt (and tether, if forward-facing) is just as safe as a carseat installed correctly with the LATCH system of lower anchors and a top tether. In some cars, the lower LATCH anchors are buried and it is easier to get a proper install with a seat belt. In other cars, the anchors may be beautifully easy to access and it’s quicker to click, tighten, and go. It really depends on your vehicle, your child, and your car seat. One method triumphing another in terms of overall safety is false. Consider this myth busted! 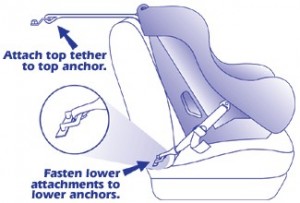