CarseatBlog has already reviewed the similar Buick Enclave.  In fact, we declared it as one of our two safest family vehicles for 2012!  For the 2013 model year, only minor changes were made to GM’s crossover trio that includes the Enclave, Chevrolet Traverse and GMC Acadia.  So, this review will be a bit less detailed than some of our other auto reviews.  The main changes for the Traverse are to styling, primarily the front end and the interior.  Also touted are minor improvements to the transmission and suspension.  For safety, GM’s front center airbag, blind spot warning and rear cross-traffic warning are now available and the rear camera with a new 6.5″ screen is now standard.  The MyLink infotainment system with bluetooth streaming support is also available.

Please note that since our video above was made, the 2013 Traverse received the same top crash test ratings from the NHTSA as the 2012 and earlier models, so it remains one of the safest vehicles on the road!  For bigger families, there’s also an 8-passenger version that includes a second row bench seat, rather than captain’s chairs.  The 2nd row center seat is not particularly wide, but should accommodate a narrow carseat or passenger. We took a look at one at the Chicago Auto Show, but unfortunately the lighting available left our video a little dark, so apologies in advance!

Overall, my comments are very similar to our previous review.  Like the Enclave, the Traverse provides LATCH only in the two second row captain’s chairs.  The seats are quite comfortable and roomy, but the LATCH anchors are recessed and can be difficult to access.  The second row head restraints are adequate, but are non-adjustable and non-removable.  This could be an issue for some taller child safety seats.  The outboard seats are wide enough for the biggest combination seats, however.

The third row does not have LATCH at all, but the center of the third row does have a top tether anchor.  Unfortunately, this spot lacks a head restraint, as does the middle seat in the second row of the 8-passenger version.  The outboard head restraints in the third row are relatively small and non-adjustable and may not be adequate for older teens or adults.  It will be tough to fit the tallest rear-facing infant and convertible seats in the third row, as there may not be quite enough room even with the second row seats moved all the way forward.  The center seat of the third row may be the best chance for a rear-facing model because of this.  Also, the width of the center seat is enough to fit only a carefully selected set of narrow carseats/boosters if you need to do 3-across.

While the third row has more legroom than average, especially with the 2nd row moved forward, it is fairly low to the floor like most midsize SUVs.  So, adults and older teens will find no thigh support at all, as their knees will be well up off the seat.  Contrary to what you may read in other reviews touting the roomy 3rd row, I would not find the 3rd row acceptable for taller adults.  A minivan is a much better solution if third row comfort for taller passengers is an issue, not to mention the problem with the head restraints that are barely tall enough for my 14-year old son!

Carseat installation was average overall, with some potential conflicts caused by the use of fixed head restraints and short, rigid buckle stalks in some seating positions.  Below you can see the Recaro ProSport combination harness/booster seat (left), the Britax Frontier 85 SICT and Advocate G3 (center) and the Graco Head Wise 70 Convertible (right). 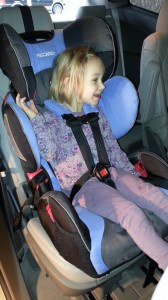 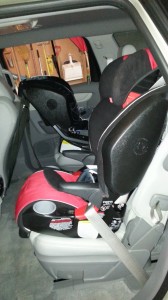 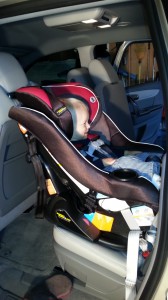 In the next set of images you can see the new Safety 1st BoostaPak (review coming soon!), a very narrow booster that works well next to other carseats like the rear-facing Diono Radian (left).  Even though the outboard 3rd row seats have no LATCH or top-tether, they work well for boosters (center), like the Britax Parkway SGL and the Graco Affix. In the second row, there is a nice spot to attach an accessory rear-facing tether strap for models that allow this.

What more can you say?  The 2013 Chevrolet Traverse has about the same interior space as some full-size SUVs, but also has top crash safety ratings as well as better fuel economy, handling and braking!  Along with its GM siblings, it may not compare to a top minivan in terms of fuel economy, cargo space or seating flexibility for large families, but is still a top contender for most.  Plus, you can also get one with AWD and they have 5000lb.+ towing capabilities for those that need it, too!  In a larger crossover SUV like the Chevrolet Traverse, urban and suburban parents now have many options for improved safety and fuel efficiency than full-size, truck based models.  The Traverse and its cousins the Buick Enclave and GMC Acadia are solid choices for your precious cargo and a perfect choice for those who want many of the benefits of a minivan without the minivan image!

Thanks to General Motors and Chevrolet for the loan of the vehicle used for this review. 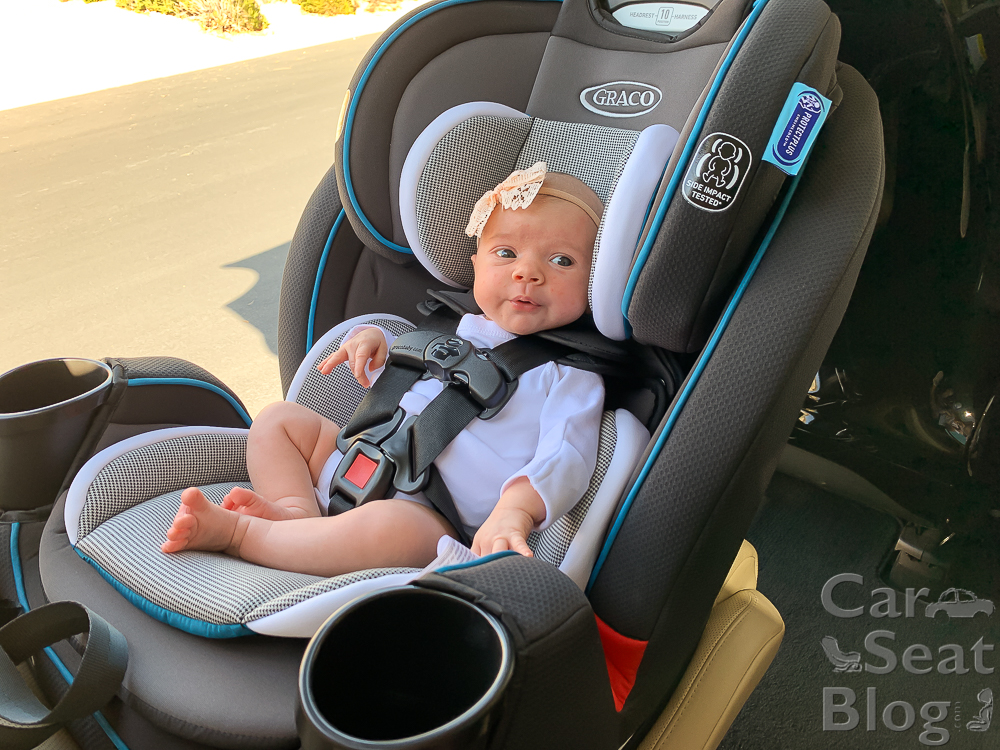