A week and a half ago the UPS man showed up at my door with a new Complete Air 65 LX. A new car seat arriving at my house is always an exciting occasion but this particular arrival was more exciting because it was a sample seat that had been provided by the folks from Safety 1st. A full review will follow soon, but today I’m going to bring you a sneak peek on a topic that many of you have been eagerly awaiting – the  dual line indicators that Dorel has introduced on some of their products. I’m not familiar with the full US line-up of seats, but in Canada, the updated 3-in-1 seats as well as the Complete Air 65 LX have the new dual line indicators. 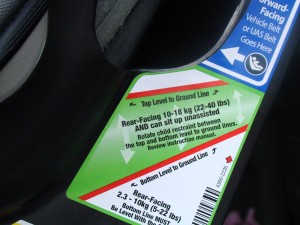 The sticker is on both sides of the seat and is clear and easy to read. The more reclined line is for infants who weigh less than 22lbs. Children who weigh between 22 and 40lbs and who are able to sit unassisted may have the seat installed anywhere between the two lines.

I’m generally not a fan of angle measurement tools, but for the sake of this blog, I pulled out a tool used for measuring angles and measured the interior recline of the seat. I measured both seats, coming up with 45* for the original Complete Air, and 45* for the new Complete Air 65 when at the more reclined line. When the seat was installed with the more upright line level to ground, I measured the interior angle at 30*. For the purposes of measuring I measured at the approximate point a child’s chin or neck would be when the harness height was properly adjusted for rear-facing.

Cosco/Dorel underwent some heavy criticism in this past year when they released a statement stating that the line must be level to ground on their rear-facing restraints regardless of the age and development of the child. Parents, advocates, and technicians understandably complained loud and clear because the seat was difficult to fit in vehicles when reclined with the line level to ground. The company responded by developing the dual line indicators and now that I’ve had the new seat in a few vehicles I’d say I consider the change a big success.

For comparison, the new and old seats at the full 45* recline.

Stay tuned for the full review that will have more pictures, comments about the installation and seat in general, and some pictures of children in the seat! 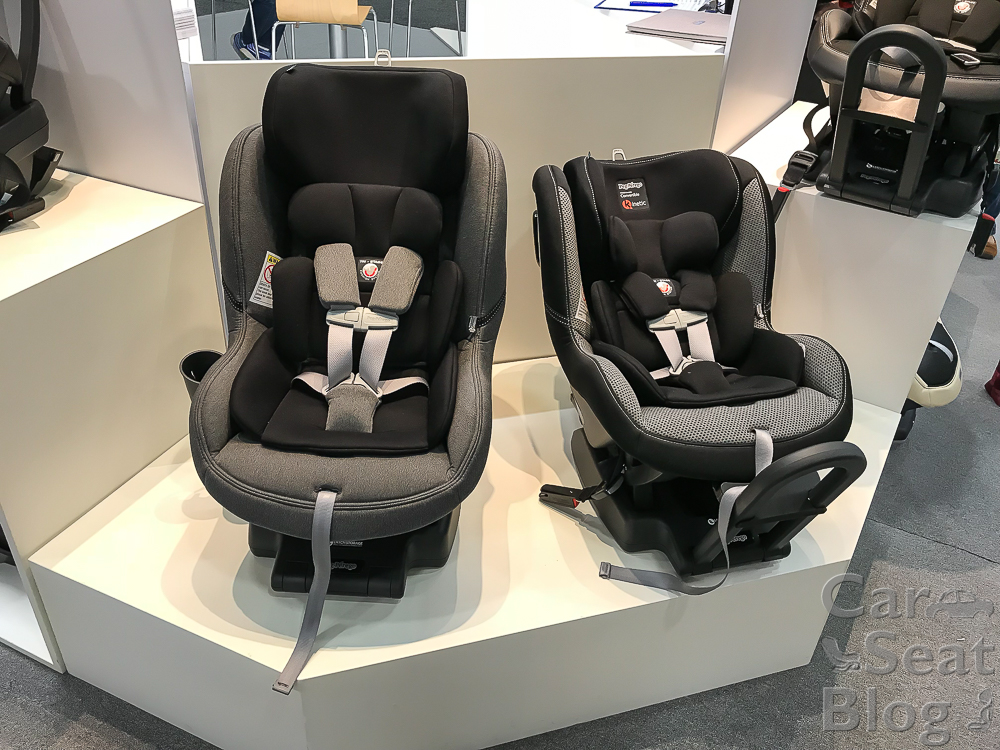 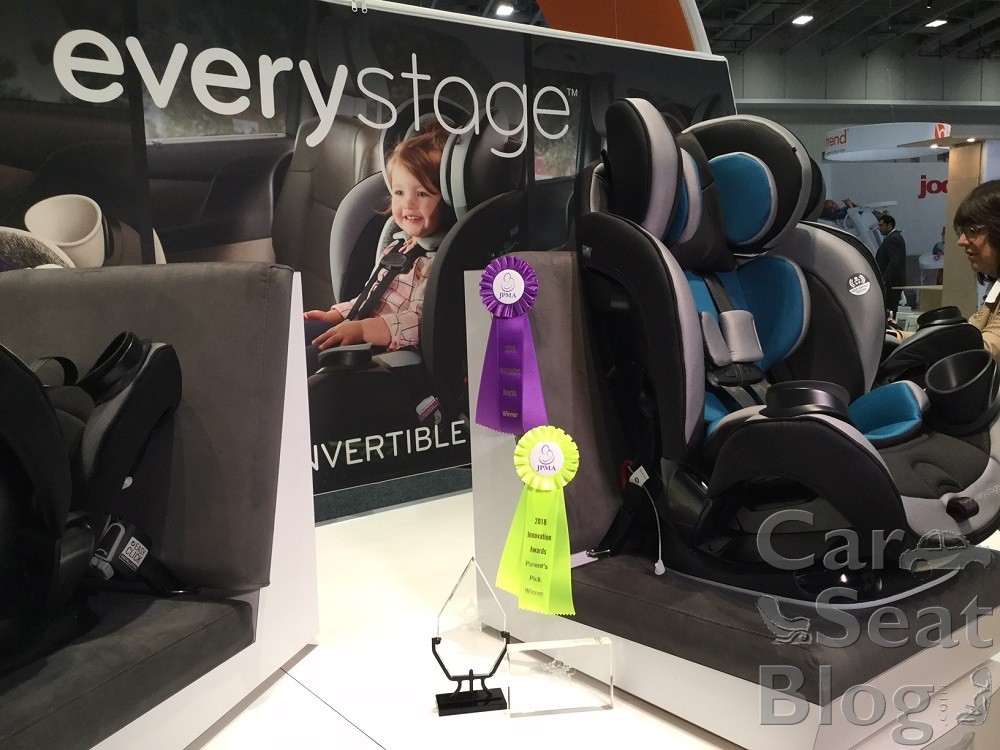