Home
Uncategorized
A WWYD for You
Tweet Pin It 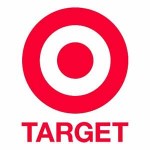 There are two ways to get to our favorite Target store.  Dh and I disagree on the route to take—it’s probably a Venus/Mars thing.  I, of course, think I’m right.  He, of course, thinks he’s right.  Who do you think is right?

Since I like to be fair to the underdog, let’s start with his route.  Matt likes to take surface streets all the way there.  This involves driving down a side street to get to the main street which will take us most of the way to Target.  There are many intersections along the way, which is my main concern.  The more intersections there are, the more likely it is that we’ll be involved in some sort of crash, whether it’s being rear-ended or side-impacted.  More precisely, there are 8 stoplights using Matt’s route; 8 major intersections where drivers can mash metal together.  There are other minor intersections along the way too, including one that’s had a fatality from a driver running a stop sign.  Even though these lights aren’t timed and we get caught at a red at 2-3 of them, dh thinks his route is faster.

My route involves taking the freeway.  Initially, there’s some fancy jiggering to get to the freeway that involves going through a shopping center—all on public streets though—but we still get to the freeway faster than going the long way around the center.  I like taking the freeway because the likelihood of us getting t-boned on the freeway is nil, we get better gas mileage on the freeway since there’s constant stopping and starting from intersections, and we get to drive fast—zoom!  Besides, my way has only 6 stoplights with 4 of them being at the freeway entrances ;).  Still, I have to admit that it takes about as long as dh’s route time-wise.

So, which way would you prefer to drive?  Street or freeway?  Why?