Home
Reviews
Grow With You ClickTight Combination Car Seat Review: The Next Frontier for Britax?
Tweet Pin It

Grow With You ClickTight Specs: 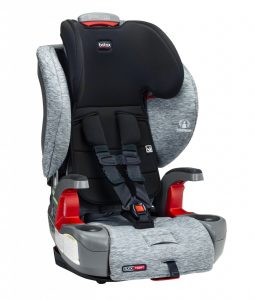 Britax has also introduced the Grow With You ClickTight Plus, which replaces the discontinued Pinnacle model. Besides having the same features as the GWY CT, the “Plus” model adds a third layer of side impact protection in the form of side impact cushions at the torso. 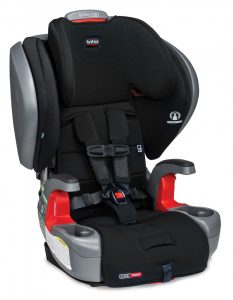 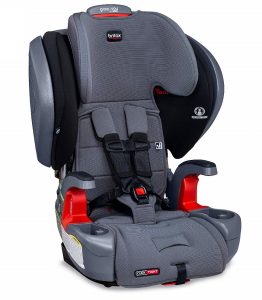 *On Britax’s website, they list the heights as a half-inch higher, both the lowest and the highest height. I measured and remeasured and just did not come up with those values. It may have to do with and measuring the heights with the cover off, but I opted to measure in the way that one would use a seat—with the padding and cover present. I did remove the torso padding to expose where the harness emerges from the shell. 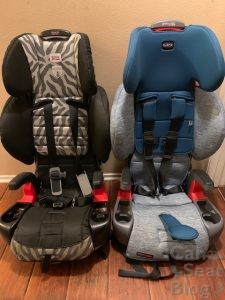 In terms of installation, the Grow With You is exactly the same as the discontinued Britax Frontier ClickTight. I found it fit nicely throughout my car, but it is wide just like its ClickTight cousins. It made a 3-across, even with my second row Odyssey on wide mode, pretty tricky. It’s not the most ideal option for a smaller car if you’re putting other seats in, but if you have the room, the install is an absolute dream. Here it is next to an old Frontier ClickTight, for size reference.

However, you can secure the GWY with LATCH in booster mode (so that it doesn’t become a projectile when the child isn’t using it), so that may be a situation when it makes sense to use the LATCH connectors.

LATCH weight limit: LATCH cannot be used to install this seat in harness mode once the child is over 40 pounds.

Center LATCH with non-standard spacing: GWY CT may only be used in a seating position with designated lower anchors and with standard spacing of 11 inches.

Inflatable seat belts: The manual says it might be allowed and to consult the website FAQ. The website states that Ford and Lincoln inflatable belts can be used with a variety of seats, but the Grow With You is not on the very specific list. 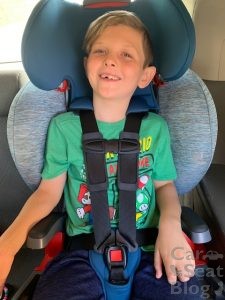 I had three models at my disposal. The biggest is Elijah at 48”, 49 pounds and 7 years old. When I initially put him in the seat, I thought he had outgrown it. But when I really aggressively adjusted it, I found that there was one more click of the harness that I hadn’t been getting, and he actually has about an inch and a half of torso growth left. The picture here is his fit on the second to top harness position. The height limit of the harness is 49”, so it seems like a pretty accurate limit if even a little low for some kids with less impressive torso lengths. He said it was very comfortable, and the crotch buckle position was reasonable enough for a kid his size. 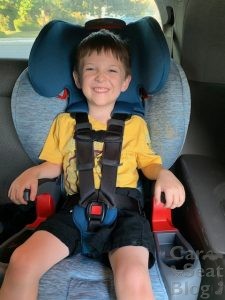 My second model is William at 41”, 33 pounds and 5 years old. In harness mode, he was super comfortable once I moved the crotch buckle out to the outermost position. He preferred this seat to his old one and has taken to riding in it exclusively now. He’s a picky kid, so it’s a pretty ringing endorsement. 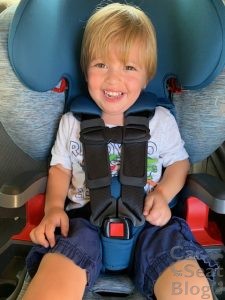 and 2 years old. He is still rear-facing in my car and I debated even letting him sit here, for worry that he might find out what he’s missing. I needed to move the crotch buckle to the innermost position because there was a substantial gap when it was in the outer position. I was able to get him nicely snug and he would very much like to sit in this seat instead of returning to his personal nightmare of rear-facing. 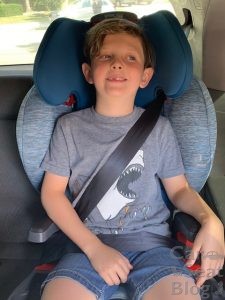 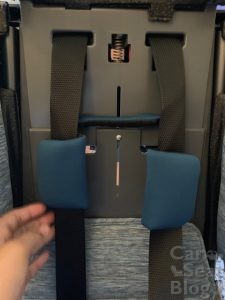 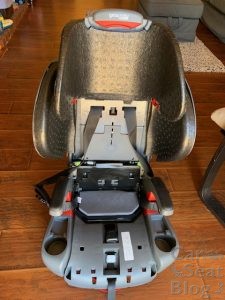 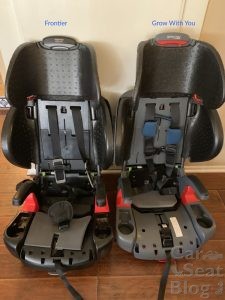 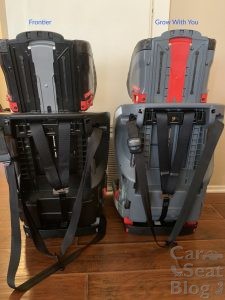 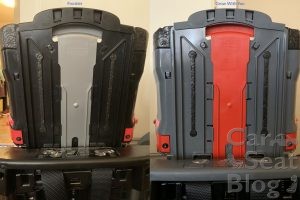 The website states that it has a 9-year lifespan; my specific model only had a 6-year lifespan, which appears to be an error.

If you’re a fan of the discontinued Frontier/Pinnacle ClickTight models, you’ll love the Grow With You. The soft goods are plush and comfortable, the harness tightens easily and the harness will fit the majority of neurotypical kids until they’re ready to swap over to the booster mode. Once in booster mode, the belt fit is great, the belt retracts easily, but also stays within the guide quite well. The star of this show is, as I’ve made no secret, the installation. Considering the frequency of poorly installed car seats in this country, this seat, and its family of ClickTights, are an absolute vision of safety. Making it easier for families to install their seats is no small act and Britax has perfected it. I would not hesitate for a moment to recommend this seat and the fact that it now lives permanently in my car is about the most ringing endorsement I can offer. 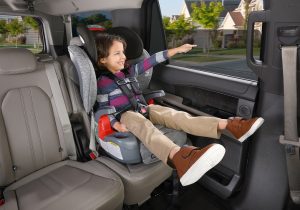 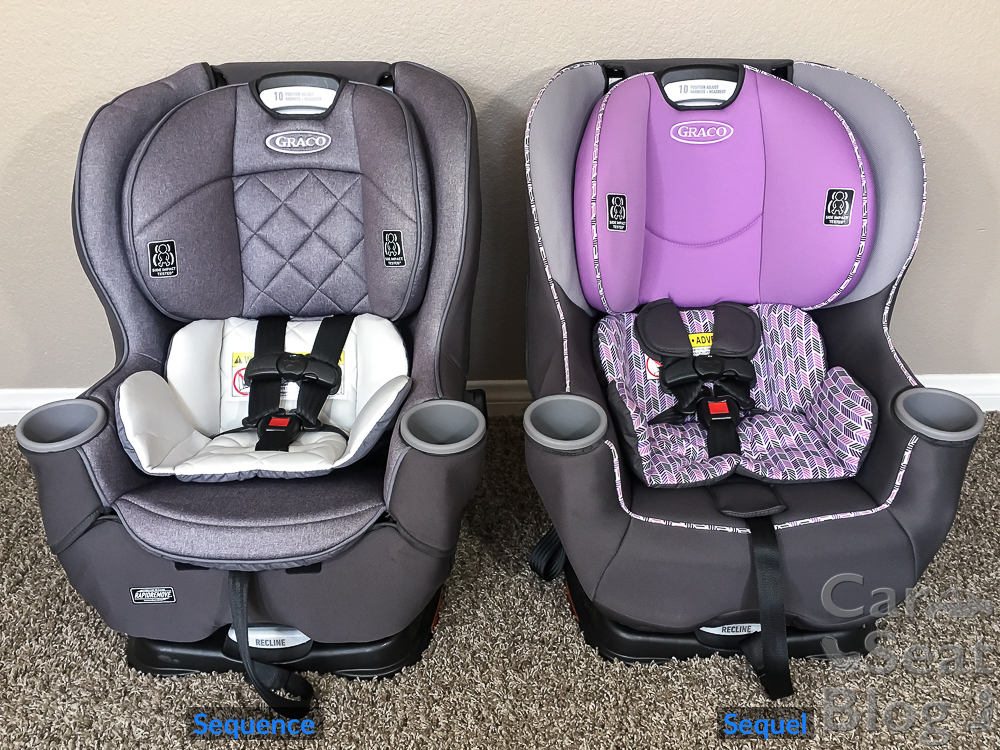 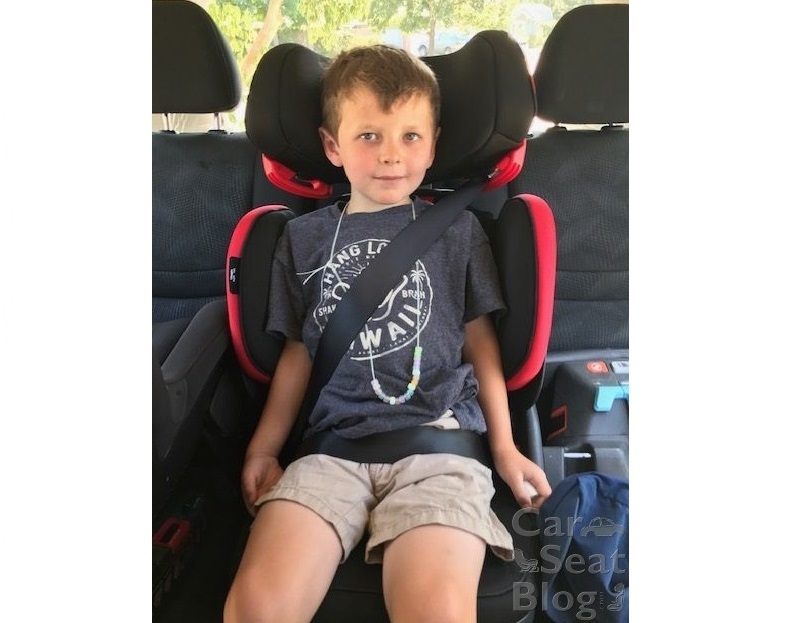