We knew UPPAbaby was unveiling new seats at this year’s ABC Kids Expo, so we made sure to get to their booth bright and early on the first day so we could bring you all the details. The company is expanding their lineup with a convertible (called Knox) and a booster seat (Alta). 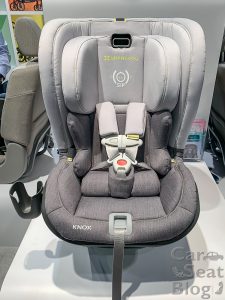 Because of various regulatory issues, it’s unlikely we’ll see a convertible seat with a load leg in the U.S. anytime soon (though I’d be happy if someone proves me wrong). Australian tethering is a lightweight solution, but it also means there are straps running between the back of the child restraint and the car’s tether anchor, making it harder to load children in and out of their seats.

UPPAbaby’s solution is to use what they call a “Universal Tether.” This looks like the normal, single-strap tether parents are used to (typically for forward-facing), but when the seat is rear-facing, the tether can be routed around the back of the seat and attached to the car’s regular top tether anchor. Because it only routes around one side of the seat, it leaves the other side clear for easy loading of the child. 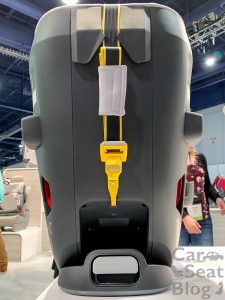 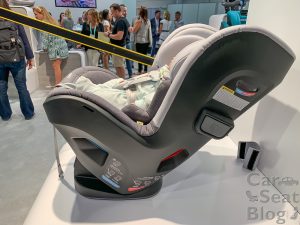 The Knox also features the company’s SMARTSecure system for installing both rear- and forward-facing. That consists of a channel for the lap belt, with an indicator that changes from green to red when it senses the seat is tight enough. Once the belt is tight, the shoulder portion slides under the lock-off closest to the retractor that keeps it secure. (When installing with lower anchors, the LATCH belt goes through the same channel as the lap belt, so the tension indicator will work for that mode as well.) 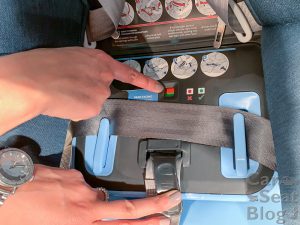 The Knox is rated from 14-40 pounds rear-facing and 25-65 forward-facing. You’ll notice that 14-lb minimum is much higher than most convertibles on the market. Because most parents start off with infant seats and don’t tend to put their children in convertibles until later anyway, the company feels it was able to create a better seat by focusing on a narrower range of child sizes. The higher weight minimum also means the seat installs more upright than it would have to for a newborn, which means it will take up less room in the car.

Parents who want to use the Knox from birth will have the option of purchasing a separate newborn insert. The insert is very substantial, raising the baby up so the lowest harness position will be at or below their shoulders. The insert is angled to add the additional recline a newborn would need (without requiring the seat itself to be reclined more). The design also allows an infant’s head to tilt back farther, helping to keep the airway open. If parents choose to purchase the newborn insert, that can be used from 5 pounds until the child has good head control and their shoulders reach the lowest harness position. (More exact requirements might come as the company finalizes the product.) 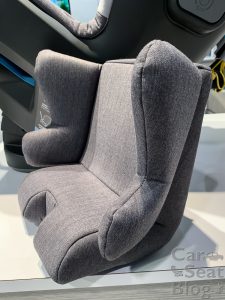 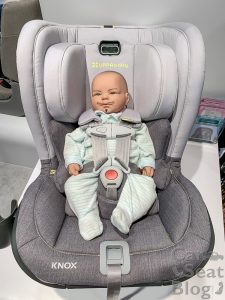 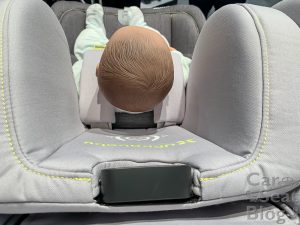 The Knox features side-impact pods on both sides and EPP foam throughout the seat. Plus there’s a removable cup holder!

You can see the Facebook Live video we did from the show, highlighting Knox’s features (please note that in the video, the UPPAbaby rep shows to route the shoulder belt through both lockoffs, but it’s really only supposed to be routed through the one closest to the seat belt retractor): 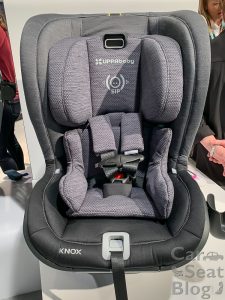 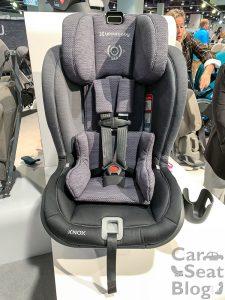 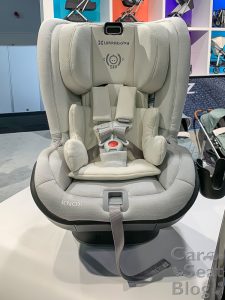 UPPAbaby’s new highback booster is the Alta, which will be rated for 40-100 pounds and up to 57″. (It sounds like the company will recommend that children be at least 5 years old to use the seat, but we don’t know yet whether that will be a requirement or just a recommendation.) We measured the top belt guide position at about 20″. 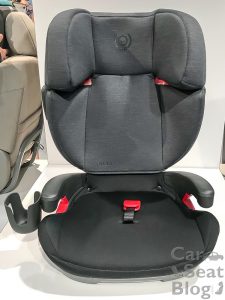 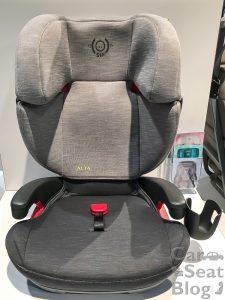 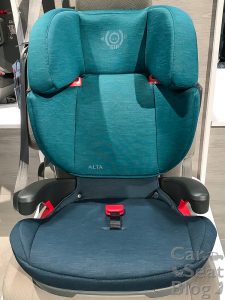 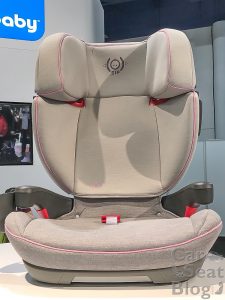 Safety features include a lap-belt positioner that is required to be used at all times to help ensure proper belt fit and to reduce the possibility of a child submarining under the belt. The Alta also has rigid LATCH to help keep the seat secure when unoccupied and positioned properly when in use. The LATCH mechanism is very easy to access and store, as you can see in this quick video:

Like the Knox, the Alta has side-impact pods, EPP foam, and a removable cup holder.

The Alta should also be available in the summer of 2019, and will likely retail for somewhere around $179. (Pricing is not finalized yet.)

We’ll bring you reviews of both seats as soon as they’re available!