The Ford Motor Company is recalling 1.3 million Ford Fusion and Lincoln MKZ vehicles because the steering wheel can come loose and can potentially fall off while being driven.

The recall applies to certain Fusion and MKZ vehicles from the 2014-2018 model years:

The location and date of manufacture can be found on a sticker inside the driver’s door frame. 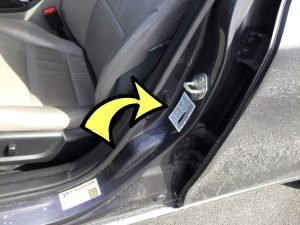 The cause of the recall is a potentially loose bolt in the steering column. Dealers will replace the existing bolt with a more secure one. According to news reports, the company is aware of at least two collisions and at least one injury resulting from this problem.