Chrysler has issued a recall of more than 150,000 Pacifica minivans due to engines stalling the van is being driven. A problem with the engine control module causes the stalling, requiring drivers to turn the car off and then back on.

According to a New York Times article, the stalling issue most often happens when the vehicle is idling, starting up, turning, or moving at low speeds, but some drivers have reported issues in intersections and on highways. Chrysler said it is aware of one crash potentially caused by this problem, but no injuries. 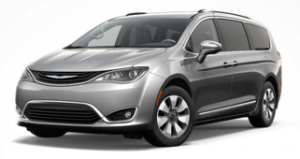 The recall affects gas-powered Pacificas (not the hybrid model) from the 2017 model year. The fix consists of an update to the vehicle’s engine control software. The company will notify owners when the update is available, and dealers will install the update for free.

As of Monday afternoon, no information was available on the NHTSA website, but we will update as more details become available.