You’ve heard Rear-Facing (RF) is safest. Maybe you’ve heard that RF car seats provide the best head protection. That’s probably true, in general. Maybe someone told you RF is “5x safer”. That statistic is based on only one study that used limited data and covers very specific circumstances, so it may or may not apply to your situation. What’s important is that rear-facing is very safe when the child is within the limits allowed by the carseat. In fact, simply using any age-appropriate carseat according to both instructions and state laws will be very effective at reducing the risk of severe injuries and fatalities. 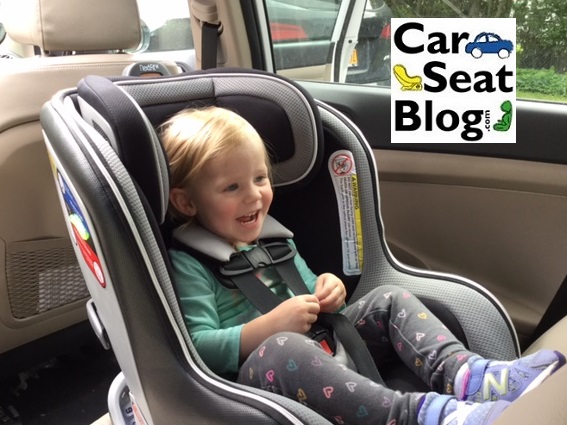 So, what’s the deal? It turns out, that while rare, moderate and serious head injuries can happen in rear-facing carseats. There are typically 3 possible causes.

Don’t Panic! High speed and very energetic crashes are not common, but can result in serious injuries, especially when misuse or non-use of restraints are involved. The good news is that if you are using a carseat and have installed and adjusted it as best as you can, you probably have very little to worry about.

So what can you do to reduce the chance of injury? The same simple things we’ve always told you and that you’ve probably done:

How can you further reduce the chance of head injury in rear-facing carseats?

“Bracing”, or having the rear-facing carseat touching the front vehicle seat, is a very complex topic.  Some vehicles don’t allow this at all, due to passenger airbag sensors.  In other vehicles, there are various conflicting factors to consider.  If allowed by both the vehicle and carseat owners manuals, bracing could potentially reduce the risk of the carseat energetically striking the vehicle seat back and related head injury (point B above).  On the other hand, it could increase the risk of direct head contact for an older, taller baby ramping out of the infant seat and striking a part of the vehicle interior (point A above). This is especially a concern with rear-facing only infant carseats that have shorter shells, tend to sit lower in the vehicle and tend to be installed with more recline than a rear-facing convertible carseat.

Above all, try not to lose sleep over this!  Loose installations, loose harnesses, too much recline and exceeding the rear-facing height limits are always a potential concern, so just make sure you read the instructions and consult a child passenger safety technician if you have any questions about your installation and usage of child restraints.