Has the time come to reverse our stance on extended rear-facing and turn children forward-facing at age 1 like we used to in the olden days?

The simple answer, for the moment is, no. 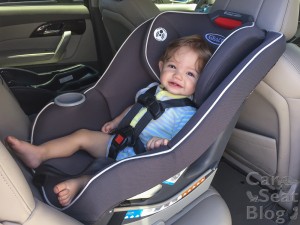 Dorel Juvenile Group, the parent company of Safety 1st, Maxi-Cosi, Cosco and other juvenile brands recently issued an updated position statement on their website explaining why they reversed their position on a 2-year age minimum mandate for forward-facing in their convertible carseats. The short story is that they hired a statistician, Jeya Padmanaban, to replicate the original 2007 Henary study upon which all our assumptions of rear-facing (RF) safety statistics in the USA are based. Not only was Padmanaban unable to replicate the results using the same data set as the original authors of the study, her conclusions actually led to opposite findings. She presented her findings to NHTSA and to the journal Injury Prevention. This prompted some of the original authors of the 2007 study to re-examine their analyses. When their attempts to replicate the analysis also fell short, it became apparent that there were real flaws in the study. In August 2017, the journal Injury Prevention issued an “Expression of Concern” regarding the original study. From the statement: “Specifically, they believe that survey weights were improperly handled in the initial analysis, which caused the apparent sample size to be larger than the actual sample size. This resulted in inflated statistical significance.” UPDATE — In February 2018, Injury Prevention published an official retraction of the original study. “Because of serious concerns regarding the magnitude, significance and replicability of the findings reported in this paper, the journal made the decision to retract it.”

What do we know at this point?

The anatomy of the developing pediatric cervical spine predisposes children to injury of the upper cervical spine. In general, the younger the child, the more likely an upper cervical spine injury will occur. The neural arches in the pediatric cervical spine fuse posteriorly by 2–3 years of age. Until that time, the vertebrae are made of cartilage and bone and held in place by ligaments; it’s all very pliable and elastic. Traveling in the rear-facing position is inherently safe and is critical for babies less than 1-year-old. (Please also read Why Rear-Facing Is Better: Your RF Link Guide, an evidence-based justification for rear-facing.)

Even though the statistics from the original 2007 study have been proven to be inaccurate, there is a consensus that rear-facing carseats cradle the head, neck, and spine to protect them in frontal and side-impact crashes. We know it’s safe from basic physics, an understanding of crash dynamics and from results from other countries, notably Sweden.

Since 2007 when the Henary, Sherwood, Crandall, et. al. study was first published, child passenger safety advocates have been told that rear-facing is 500% (or 5 times) safer than forward-facing for children under age 2. Now we know that statistic isn’t true, at least not based on the data used in this one study which analyzed injuries to fewer than 300 kids between 1988-2003. Having such a small sample size makes drawing broad conclusions very difficult. Large sample sizes generally result in more accurate and reliable conclusions. We have always had our own concerns about the original study and how the “5x safer” figure is presented to parents. Now we know that we were right to be concerned. Unfortunately, we still don’t know exactly how rear-facing compares quantitatively to forward-facing in most situations.

There are other methods, but it can also be difficult to draw broad conclusions from specific case studies or proprietary crash testing done by manufacturers. All of this underscores the need for a more modern crash test sled and better studies on the subject. Modern vehicles simply don’t have a back seat that’s a flat bench seat of a ’70s Chevy Impala with lap-only seat belts and no floor like the standard crash test bench does. Modern vehicles have very different back seat cushions, front seats that crowd the back seat, lap/shoulder seatbelts, and they all have floors too!

What are the risks to a rear-facing child?

We know that legs and feet are NOT at high risk for injuries in frontal crashes (which is actually what many parents and caregivers worry about). We also know that rear-facing carseats do an excellent job protecting the vulnerable head, neck and spine. However, while rare, moderate and serious head injuries can happen to babies and children in rear-facing carseats. There are typically 3 possible causes.

Does this mean there is no benefit to rear-facing beyond 12 months?

No, the implications of improper weighting in this study have resulted in “inflated statistical significance.” That doesn’t mean there is no safety benefit to children 12 – 23 months riding rear-facing in a crash. But it does means that the “Rear-Facing is 5x Safer” statistic is not accurate. How much safer is RF when compared with FF using the limited data in this study? At this point, we still don’t know and the limited sample sizes may not support a compelling conclusion.

We also don’t know how this relates to side-impact safety. Dorel’s internal testing indicated potential issues with head injury criterion (HIC) scores for RF convertibles when they conducted frontal crash tests using a fixture that simulated contact with the front seat in a vehicle but they didn’t mention anything about the difference between RF and FF in side-impact testing, something they have focused on for the last several years. Side impacts, which are less common than frontal impacts, cause more serious injuries because of intrusion and the proximity to the occupants inside the vehicle.

What about Sweden? They have an excellent track record with rear-facing seats.

Sweden does indeed have very low rates of injury and death because they typically RF their children until age 3-4. However, Sweden has a very different educational awareness and driving environment compared to the U.S. as well as different vehicles and carseats. Their RF carseats are installed very differently (sometimes in the front passenger seat with the airbag disabled), they drive fewer miles on less crowded roadways with fewer impaired drivers. Their vehicle fleet lacks the sheer numbers of large pickups and SUVs we have in the USA. Also, Swedish seats do not pass federal safety standards in North America because of how different they are and how they are meant to be installed (with load legs, multiple tethers and bracing). It’s just not a fair comparison by any stretch. Most importantly, they don’t use forward-facing carseats with a 5-point harness system, so they have no RF vs FF comparative data from their own crashes. 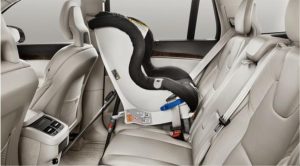 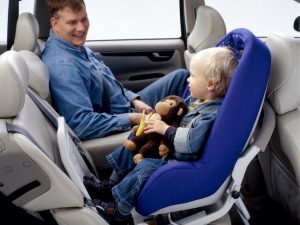 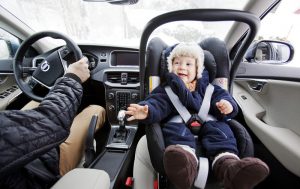 How could the flaws in this study have gone unnoticed for so long? Wasn’t the Henary et al study peer-reviewed before it was published in 2007?

Good question. We were wondering the same thing about the diligence of those conducting peer review.

As for the flaws, various advocates expressed concerns as early as 2008.  For example, some surprising results regarding forward-facing infants drew immediate concerns over sample sizes. Other concerns have been discussed at conferences and online for many years, but we are happy this topic is finally receiving renewed interest from researchers.

Where is the data? Where are all the studies?

There aren’t any. Other than looking at the original study again, no one is doing any new studies on this important topic, at least not as far as we know. If you look at the sample size of the original Henary study, the sample size is quite small which makes it difficult to pull an accurate conclusion. Nevertheless, we as an industry clung to it because it showed such a significant difference and it made logical sense based on crash physics and experience in other countries.

What are the takeaways, is rear-facing still safer than forward-facing?

There is no evidence that the American Academy of Pediatrics’ (AAP) current recommendation, to rear-face until at least 24 months, is harmful. RF to age 2 isn’t an unsafe idea by any stretch, even if there was an error in the way the initial analysis was handled. We simply don’t have conclusive numbers to back up when to turn forward-facing or to tell people how much safer RF may be for a child of any particular age. The good news here is that if installed and used correctly according to instructions, both RF and FF child restraints provide a great degree of protection. The risks, either way, may be much lower than any of us realized. 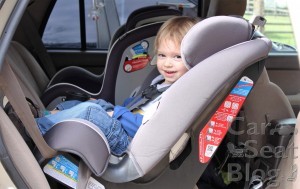 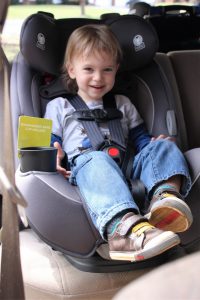 It is important to note that both the Henary study and the Padmanaban study demonstrate that car seats are very effective at preventing injury for children. In fact, the differences in safety for rear-facing or forward-facing children between 12 and 24 months are slight. For example, in the Padmanaban study 0.4% suffered serious injury rear-facing and 0.2% suffered serious injury forward-facing. Using the same group of children in the same study, that means fewer than 1% of children were seriously injured when restrained either forward-facing or rear-facing. This perspective is very important to understand when discussing the subject of direction with parents of a child between 12 and 24 months. As often indicated by car seat technicians, the most important factors of car seat safety is the right car seat is selected for the child, positioned and installed correctly in the vehicle, and that the child is harnessed right every time. The NHTSA curriculum and Car Seat Technicians do an excellent job focusing on those factors so that families correctly use car seats. Dorel proudly supports their efforts.

Now, with all that said, if you have a toddler or older child who is rear-facing and you want to keep them that way but now you find yourself worried about the potential for head injuries in RF seats, here are some specific suggestions:

The ultimate takeaway for both parents and advocates is and has always been the same:

Any current FMVSS213 certified child safety restraint used according to instructions and relevant state laws (some car seats and some state laws don’t allow FF before age 2) is very effective at reducing the risk of severe and fatal injuries. Simply using an appropriate car seat correctly in the back of a newer vehicle and then driving unimpaired and undistracted will reduce any risk to very low numbers.

Here at CarseatBlog, we will continue to support the current AAP recommendations which encourage rear-facing until at least 24 months. If at some point in the future we feel the need to revise our recommendations based on new data, we won’t hesitate to do so. Being open-minded and receptive to new information can be hard sometimes, especially if that new information questions or disputes long-held beliefs. But we owe it to our kids and kids everywhere to approach whatever comes of this with a scientific mind and not with a purely emotional response. 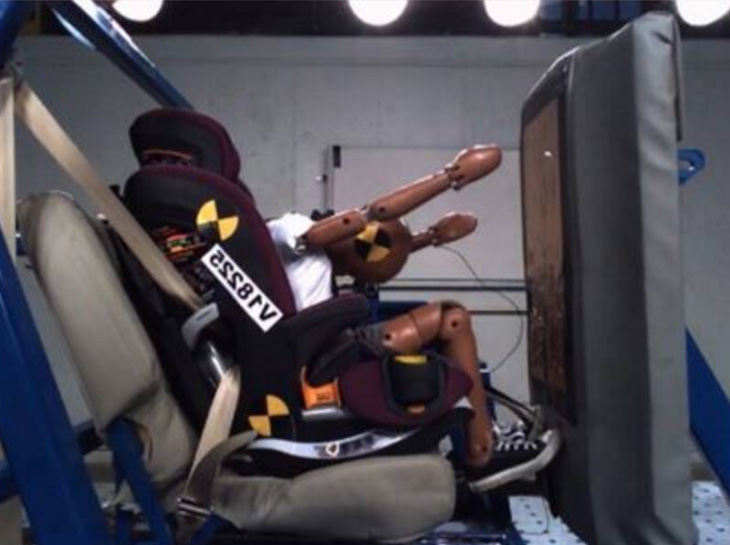