Oh really, we could drag this out for a week, at least 😉 .  Darren and I made a quick run-through of both floors yesterday, our last day, to catch what we may have missed and even our quick run-through took a few hours.  I don’t know about Darren, but my feet, legs, and back still hurt, lol!

First stop: Peg Perego.  There will be all new colors for the Primo Viaggio 30/30 and you’ll be able to see them on their web site in December.  Per usual, very nice patterns and colors.  This year they are introducing a new version of the PV 30/30 that will be sold as a travel system only with the Si and Switch strollers.  The handle on the PV was labeled Tri-Fix ES, but there was no base laying around to see.  The rep said the only differences were in the infant seat itself.  The sliding SIP headwings have been removed and the SIP has been built into the seat itself.  There are 3 harness slots and the harness must be manually changed, with the lowest measuring around 7.25″ with the infant insert in place.  The top slots measure 11″ without the insert.  It will be available in the 1st qtr of 2010.

Recaro is introducing a new G2 Pro Series in 2010.  They’ll also be combining the best features of the Signo and the Como into 1 seat, so they’ll have just 1 convertible on the market starting in the 1st qtr of 2010.  Recaro will be moving all assembly of their products back to the US (Auburn Hills) from China.  And, to save the best for last, they are working on a HWH seat to debut next year.

We were going to visit Chicco yesterday, but their booth was closed as their VP Ken Sears passed away in the morning.  CarseatBlog sends our condolences to his family and his colleagues at Chicco during this difficult time. 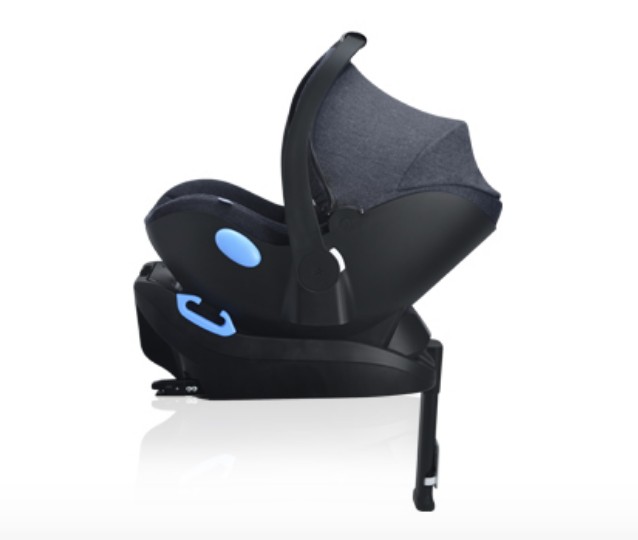