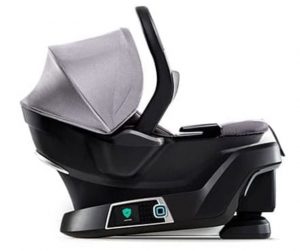 4moms is issuing a recall on its self-installing carseat manufactured between July 1, 2016 and October 31, 2016. The recall affects about 2% of 1,622 carseats, or about 33 carseats, manufactured during this time. There have been no reported injuries at this time.

On some carriers, the coupling hooks that lock the carrier into the base have been improperly riveted, potentially causing them to stick and not attach to the base. The coupling hook failure has only been observed after extended use and testing. Again, there have been no reported injuries.

What should you do: Visit the 4moms recall site to see if your carseat is affected. You can continue to use your affected carrier until you receive the new one.