One of our early stops at the ABC Expo this year was the Diono booth. I think we were all hopeful that we’d see something new and exciting from a brand we have long trusted and we were not disappointed. In addition to their existing line up of seats (with a few changes that we’ll get to later), Diono is officially previewing their brand new rear facing only car seat, the Radius!

Before we dig in, I want to throw out a disclaimer that the folks at Diono were very clear that the Radius Rear-Facing Only Seat we were seeing was a prototype, so while we took some measurements and pictures, you should expect some minor tweaking of the product between now and the official release. The skeleton and the essential components of the seat will remain pretty consistent throughout the production process, but other less essential components are subject to change.

And now, the Radius! 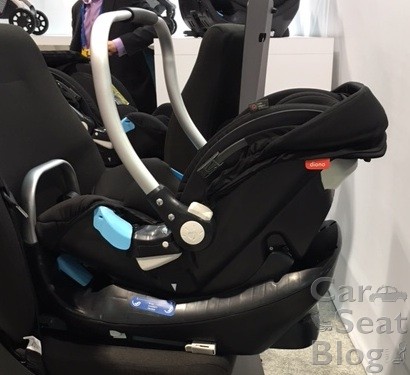 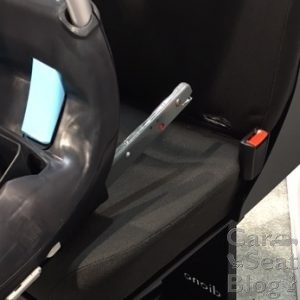 The Radius has rigid lower anchor connectors that can extend outward to make attachment easy and a button to ratchet the base tightly into the vehicle seat. It also has a seat belt lock off will allow the seat to be installed without switching the retractor into locking mode or without use of a locking clip. The seat itself will weigh 9-10 pounds and the base will be a hefty 20 pounds because of the steel frame. While there isn’t a load leg on the current prototype and there won’t be on the first version to be released next year, the folks at Diono hinted pretty strongly that future versions will likely have some sort of load leg.

There aren’t any recline bubbles or level lines on the base- if the baby does not have adequate head control, the base should be fully reclined (and it is a DEEP recline!) and once baby has head control, they can be as upright as the base will allow. The recline is easily adjusted with a turn knob on the back of the base and can be adjusted with the seat installed. The upright recline is especially nice because with limits of 35 pounds or 35 inches, this is one of the longest lasting rear facing only seats on the market. (Note: the vehicle seat this is sitting on is completely flat, which makes it more reclined than you’ll likely see in any real life vehicle).

The Active Deceleration System, which is a pulley system within the base, is also pretty unique. It functions similarly to the safestop- in a crash, the pulley system will pull apart and allow the crash forces to be spread over a wider area, thus reducing the crash forces by up to 30%. And after a crash, the base has an easy to read crash indicator signaling that replacement is required. This is a great visual system that will make the decision to replace after a minor crash much easier for parents.

The base and the seat aren’t terribly compact and Diono is working on how to manage the potential for overhang in vehicles with shorter seat pans. They said the rules regarding overhang, which will likely be limited to <20%, will definitely be present and clearly described in the manual, but we (and Alanna at Diono) are also hopeful that a sticker on the base will be added to show at what point the overhang exceeds the recommendation.

The Radius will be available in Babies R Us and Buy Buy Baby in April 2017 and widely in July 2017 for around $329. And great news for our neighbors to the north- the Radius will be coming to Canada as well!

Still within the realm of car seats, Diono is discontinuing the Pacifica and Olympia, but will be continuing forward with the Radians and with the Rainier and will be releasing some new covers for the Rainier in 2017. 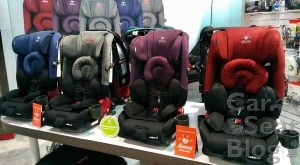 They will also be phasing out the regular Monterey booster for the new Monterey XT booster. The Monterey XT is a blend of the Cambria bottom and the original Monterey back, and will come with lower anchors with dual pull straps, EPS foam lining and a dial on the back. The Monterey XT will have an MSRP of $99 and is coming soon. 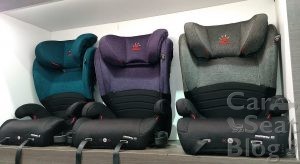 Diono is also releasing a stroller, the Diono Quantum, which will be compatible with the Radius, and with Maxi Cosi, Nuna and Cybex infant car seats. The stroller has all the things you would look for- an extendable handle, a simple fold with a carry handle and a one hand open, a “flip flop proof” brake, and a seat that can be transitioned easily from a basinet for newborns and infants under 10 pounds, to a typical stroller seat for children up to 50 pounds. The canopy is out of this world, we literally gasped when they expanded it fully. And of course there will be accessories for whatever climate you stroll in and several different fashions to fit your preferences. 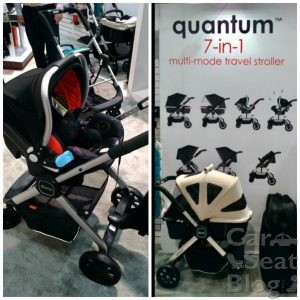 Look for all these great new products and new fashions from Diono in 2017! 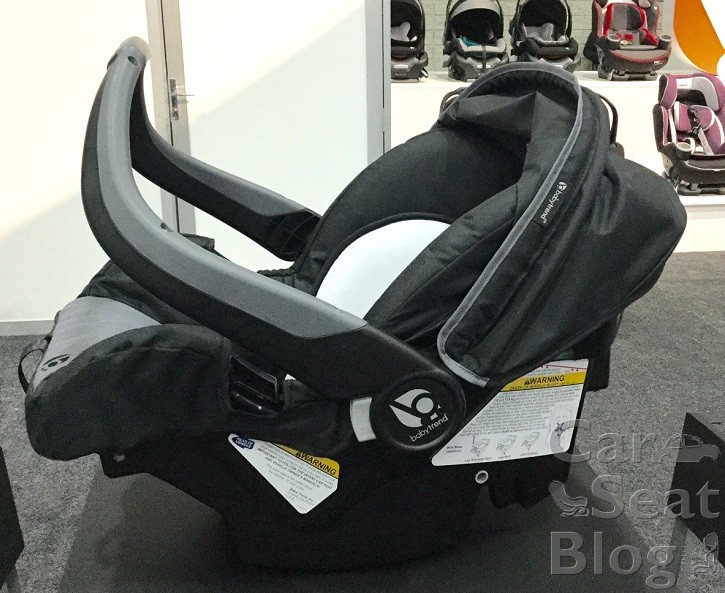