With a 96-98 percent misuse rate, nearly every car seat a person sees will have some sort of error on it. It’ll range from something that’s not a big deal, to something that’s potentially fatal.

When we scroll through our FaceBook feeds, or when we’re out and about, we’re constantly bombarded by misuse. Of course, we’d all like to make babies safe, but does it mean we should talk to every parent, and if so, how? 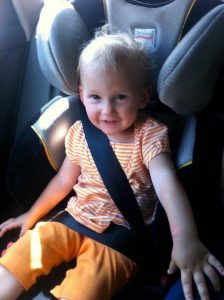 Even veteran technicians may or may not approach a parent about misuse. The news is not usually received well. Imagine it from the parent’s side. Put yourself in their shoes. For example: you’re sitting somewhere, sipping coffee, and someone comes up to you and points out that the fabric in your shirt is going to KILL you and you HAVE to change your shirt RIGHT NOW! Most people would look at the incoming person with a little trepidation, say ok to make them stop talking, and move away. Or you’d say that your friend/wife/husband who is a tailor says this fabric is fine, and obviously they know fabrics.

Change out carseats for fabric, and that’s how many conversations about misuse happen. I remember approaching someone when I’d been a tech about a year about his very young looking child being forward facing. They were getting out of their car, a dad and his son. The conversation went something like this. Me: *running up* “I’m a carseat tech. Your son should be rear facing, he’s far safer that way.” Dad: *clearly not what he was expecting* “Well, my wife is a nurse and she says he’s fine, and we like him forward facing.”

The dad barely even slowed down to hear me for that one sentence, and to be fair, I approached it in about the absolute worst way possible.

So, what do you do when you see misuse in person or in pictures? Don’t do what I did. Don’t run up to someone in the parking lot telling them what they’re doing wrong.

Instead, try to have an actual conversation. Start out with something innocuous. “It’s a gorgeous day today, isn’t it?” Then go on to a compliment. Kids are cute. Pick a feature and compliment it. Every child has something amazing about them. “Your son’s eyes, wow, I love that color. They’re so vibrant. He’s so cute.” Now that you’re talking, and you’re on polite footing, maybe now you can bring up the carseat. “I couldn’t help but notice, my friend has the same seat, and she and I learned just last week that you can’t actually install it with the lower anchors in the center of her car. I had no idea! Nor did she. But we looked at her car and car seat manuals because she was having trouble with her install. I just thought I’d mention it, since you have the same seat, and the same type of car. Maybe something you’d want to double check.” Then, finish it up with another compliment. “Good bye, cutie. It’s been nice getting to see you today. Seeing little kid smiles always makes me feel like everything is more right in the world. Thanks for giving me a cheer up.” 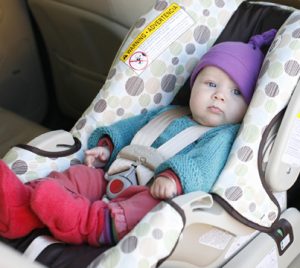 Now what you’ve done is treated the other person like a human being, rather than a problem that needs fixing. You’ve educated and empowered them to realize that maybe there’s a problem, but they can fix it with tools on hand. They can make the choice whether or not to read their manual, or to meet with a technician in person, or ask another friend for help. Anything. You haven’t tried to shove your viewpoint down their throat, you’ve just offered information.

In addition, by pointing to the manual, or your friend (real or not), you’re making this something that’s not about you and them. The manual has the information, they don’t need to take your word on it. And by saying you just learned it, or you just found out, or your friend did, you’re telling them that this is a common issue, they’re not alone in their misuse. It’s always reassuring to know that if we have to make mistakes, we’re not the only ones who have made it. Even in this article about how to point out mistakes, I shared a mistake that I’ve made that likely others reading have made, and it makes us all feel better to know we’re not alone.

Another option, and it’s one that takes many advocates and technicians years to master, is the skill of not saying anything at all. No matter what we see, we don’t know the whole story. The baby at the restaurant in their rear facing only seat with the toys dangling from the handle and the harness very loose and the chest clip not done up may have the toys removed and everything tightened properly before they ride in the car. The parent who has installed the seat in the center with the lower anchors may have tried their best watching videos, but doesn’t speak enough English to understand their car or car seat manuals. Or maybe they desperately want to know, and they’ve tried to find out, but today they just found out that their cat has cancer and they’ve maxed out their credit cards, so even though they’d like the information, today is just not a day they can receive it. 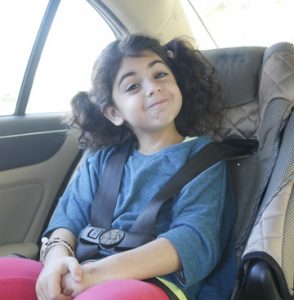 You can always ask a parent or caregiver, “I noticed that your car seat has a couple of errors. I’m a car seat technician/advocate, this is a passion of mine. Would you mind if I told you about them, and showed you how to fix them?” Again, this way you’re not shoving information down their throat, you’re asking permission to come into their world a little bit, basically asking if they’re ready to receive it, and then when you get your answer the conversation is either politely over, or you’ve learned that they’re actively interested and it can go quite well. If done via email or messaging, it also gives someone time to respond. So if today they did just find out their cat has cancer, in a couple of days they can return to you and ask for more information.

Of course there are times when the misuse is so bad that something has to be said; in good conscience, anyone who knows wouldn’t want to leave a child at risk. I remember walking by a VW Beetle with a carseat installed in the center using the lower anchors and the passenger side top tether anchor (that Beetle was a four seater, so no center seat. VW doesn’t allow lower anchors in the middle even in five seaters. And you must use the top tether directly behind the vehicle’s seat, or the designated anchor for that position). I didn’t know who it was, but I got out a business card and started writing a note on the back that they should please check their manual about the seat placement, and contact me if they’d like help with the installation. The mom saw me writing it, I blurted out as much as I intended to write as I could, and she drove off. I’ve never had anyone contact me from a note, but I did have a happy ending to this story. The mom had her son going to the same Little Gym my daughter used. A couple of weeks later her little boy came up to me and said, “Thank you for helping Mommy with my carseat.”

That sort of response is what makes technicians and advocates keep trying. Usually, it happens that a parent is far less receptive.

In any interaction, online or in real life, treat the other person with respect, and do not assume that they mean harm, or that they must be stupid. No one is born knowing about carseats, we’ve all had to learn it at some point. Educate people you see making errors if you think they may be receptive to the information, but do not judge. Share stories of when you’ve made similar mistakes, and point out resources that can be used such as their manuals or a CPS Technician.