Home
Reviews
The Worst Carseats of 2008
Tweet Pin It

I always chuckle whenever I see a thread (or hear people talking) about which carseats they “hate”.  I find it amusing to read (or hear) which seats techs and advocates dislike and why.   Okay, so maybe a seat is easily outgrown by height or only has a 30 lb rear-facing weight limit.  Or maybe it has straps that tend to be a little twisty or are difficult to adjust.  But hate?  That’s a pretty strong word.  I know I’m probably old-school but I don’t “hate” most of the seats that a lot of other people seem to feel so strongly about.

I guess everything is relative.  I remember when there was a lot more to hate.  Like shield boosters and rear-facing convertible seats that only went to 22 lbs and forward-facing seats with rear harness adjusters.  And seats that were literally impossible to install correctly in almost any vehicle with straps so twisty that they looked like ropes after just a few months of use and there was very little that could be done to stop the process or correct it.

11 years ago when my first child was born, infant seats with a 5-point harness didn’t exist yet.  Most convertible seats on store shelves had a tray shield or a T-shield and most were only rated to 22 lbs rear-facing.  If it actually had a tether strap attached then you were lucky.  Back in 1997 booster seat choices were basically limited to Century Breverras or shield boosters.  And back then the only seats that had EPS foam were the few Britax seats that had just become available (that very few people even knew about) and the dreaded Century SmartMove.  I swear that SmartMove was designed as a torture device for parents and for students in tech class.  Forward-facing it was no problem.  Rear-facing?  A nightmare.  Rear-facing in a Saturn?  Pure torture.  But I digress…..

My point is that there’s a lot less to truly hate nowadays.  But there are still some legitimate bad seats available for purchase on the market today.  Here are my nominations for the Worst Carseats of 2008: 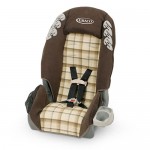 The last rear-adjusting forward-facing seat on the market.  Truthfully, after a few quick searches, I wasn’t able to find anyplace that still had this seat in stock and Graco doesn’t have it listed on their site anymore.  I have my fingers crossed that this one is gone forever.  But seriously, what took them so long?

#3:  The Ferrari booster from Team-Tex: 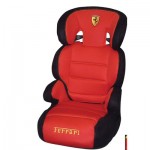 What’s worse than a cheap Nania Dreamway booster seat?  (And for the record – it is a cheap seat.  We used to give this booster seat away at our check events) How about a cheap Nania Dreamway booster dressed up in ridiculously overpriced clothes selling for 5 times what it’s worth?  Possibly a fitting choice for Britney (bless her rehabilitated soul) Spears.  Or maybe for Jessica I’m-not-really-stupid Simpson should she and Tony actually have those 6 kids she said she wants.  For the rest of us – this seat is a joke.

This one has been around for years.  It used to be called the Cosco Tote ‘n Go but now I guess it’s been renamed the EB Portable Car Seat.  Surprise, surprise.  Thankfully Walmart doesn’t sell it in stores anymore but how this seat manages to pass FMVSS213 is beyond me.  I’m sure it’s better than having a child in nothing at all but it’s really hard (and often impossible) to achieve a proper installation with one of these seats.  Plus, you have to fit the harness to the child before you install it.  The Tote ‘n Go used to sell for around $30 years ago and that was bad enough since it was generally a waste of $30.  But now there are some Amazon affiliates that are selling this seat for $109, $129 and even $257.99 (plus $30 shipping!)  That’s beyond a joke – it’s criminal. 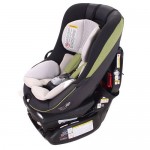 What do you get for $300 when you purchase a Combi Zeus Turn convertible? Well, you get a high-end seat with some innovative features.  And you get a 22 lb rear-facing weight limit.  What is a parent supposed to do if their child exceeds the 22 lb weight limit before turning a year old (as many kids do)?  Well, they have 3 choices.  They can go against Combi’s instructions and keep their child rear-facing in the seat past 22 lbs – essentially risking seat failure in a crash.   Not something I would recommend.  They could also go against Combi’s instructions (and against AAP recommendations) and turn their baby forward-facing prematurely.  I wouldn’t recommend this either since the parent would then be risking the very real possibility of a serious or life-threatening injury to their baby in a crash.  All the latest data and research confirms that rear-facing is the safest position for all kids until at least age 2.  And yet this seat may not even accommodate children to the minimum requirement of rear-facing until their first birthday.  Final option for a parent who spent close to $300 for this seat but whose child weighs more than 22 lbs before a year old – buy another seat that can actually accommodate the child.  Hmmm….anyone else having flashbacks to 1997?  ‘Nuff said. 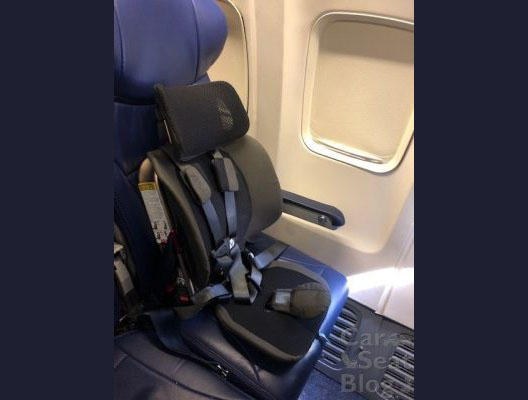