The Last Carseat You’ll Ever Need to Buy 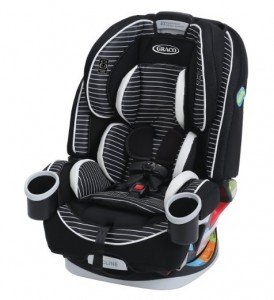 These promises sound exciting, don’t they? After all, you’ve probably shelled out over $100, maybe even close to $300 for a rear-facing only infant seat that only fit your child for about a year and now you have to buy another carseat already. Your kid keeps growing, wouldn’t it be nice to buy only one more carseat and be done with it all? Perhaps.

We need to get some basic terms out of the way since I’ll be addressing them frequently in this article. There are two types of carseats we’ll be discussing: convertible and combination. A convertible carseat is one that rear-faces or forward-faces, so it’s appropriate for newborns through preschoolers generally. A combination carseat is a forward-facing only carseat with a harness that can be removed to become a belt-positioning booster. Sometimes combo seats are called harnessed boosters. It’s all marketing, but the official class of seat is combination.

What does one of these seats NOT do? It does NOT have a harness weight limit of 100 or 120 lbs. That’s a very common misconception. The carseat manufacturers are doing a much better job of labeling the boxes for their separate modes, but as you look at the pictures below, I think you’ll see why it’s easy to see why the harness might go to a super high weight limit. It doesn’t.

So we have the convertible vs. combination terminology out of the way and we know what an all-in-one vs. a 4-in-1 carseat is (er, basically the same thing, right?). Now let’s have some practice looking at these seats and their boxes so you know in the store *before* you buy if the carseat is appropriate for your 9 month old (of course, you could always consult our Recommended Carseats List and know which seats are appropriate right now and find one that will work for you!).

Questions to Ask Before You Shop

How long do I reasonably expect my child to use this seat?

Do I really want a carseat that I will be using for over 6 years? (Because really, what other piece of baby gear gets used for that long, let alone a safety device?)

The Evenflo Symphony LX is an all-in-one seat. It says so on the labels and on the box. Check out the label: 5-110 lbs. That’s misleading, because it makes you think the harness will take your child from 5-110 lbs., right? Wrong. It’s 5-40 lbs. rear-facing, 22-65 lbs. forward-facing, and 40-110 lbs. as a belt-positioning booster. There is a rear-facing belt path opening under where the child’s legs would sit, so you know it’s a convertible carseat. You could use this carseat from your child’s birth, provided he’s big enough. 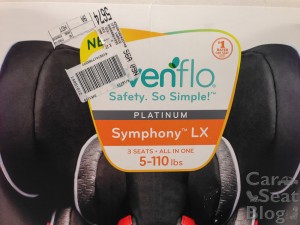 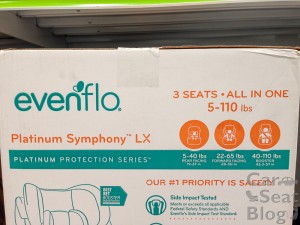 The Alpha Omega Elite is the carseat that parents probably the world around know—it’s been around forever and is the original 3-in-1 carseat (and it just won’t die). The AOE is a convertible carseat that rear-faces, forward-faces, and has the option for booster use, which gives it that 3-in-1 name. While the box in the picture is from a warehouse store and has a maximum forward-facing harness weight limit of 40 lbs., you can still purchase AOEs elsewhere with harness weight limits of 50 and 65 lbs. Please note that these harnesses do NOT go to 100 lbs., as is a common misconception. You could use this carseat from your child’s birth, provided he’s big enough. 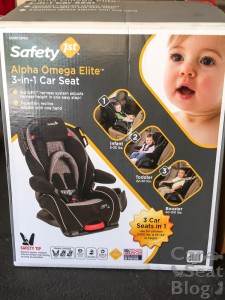 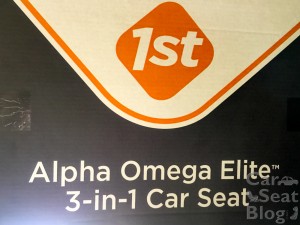 The Safety 1st Grow and Go 3-in-1 is a carseat that was supposed to replace the Alpha Omega platform but joined it instead. This is a convertible seat that rear-faces, forward-faces, and has the option for booster use as well as making it a 3-in-1. Because it rear-faces, it has a belt path opening under the child’s legs. This box is better because it has nice pictures showing the different capabilities of the seats, but only on one side. You could use this carseat from your child’s birth, provided he’s big enough. 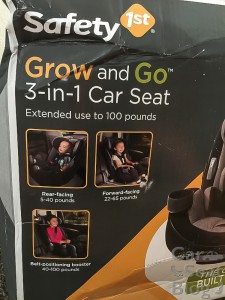 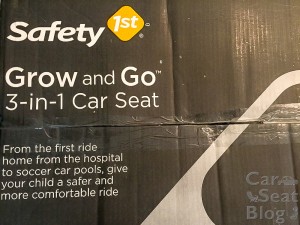 The retired Graco Argos 65 (and more popular Nautilus 65) is marketed as a 3-in-1 harness booster. It has a harness from 20-65 lbs. forward-facing, is a high-back booster from 30-100 lbs., and a backless booster from 40-120 lbs. This is a combination carseat and does not rear-face; it lacks a rear-facing belt path under where the child’s legs sit. This box shows the different modes of the seat, but only in artwork-form and again, only on one side. 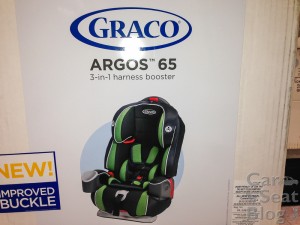 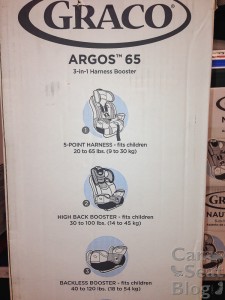 Look at how closely the Graco 4Ever resembles the Nautilus 65. The 4Ever is a convertible carseat because it rear-faces from 4-40 lbs., forward-faces from 20-65 lbs., is a high-back booster from 30-100 lbs., and is a backless booster from 40-120 lbs. Because it’s a convertible seat, it has a rear-facing belt path opening under the child’s legs. The box has pictures showing the different uses of the carseat on one side only, but they’re pretty small. You could use this carseat from your child’s birth. 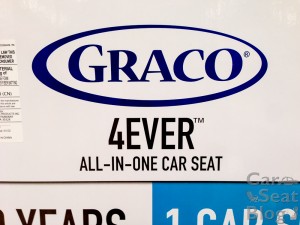 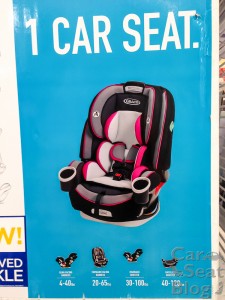 What Did We Learn?

We covered a few things along the way here in learning about All-in-Ones / 3-in-1 / 4-in-1 carseats. The main thing is to think of your goal in owning one of these carseats. Do you want this to be “the last carseat you’ll ever buy?” I think overall if you go into the buying process with that mindset, you’ll be disappointed in the long term. The cover will get grimy after several years, better technology will yield better carseats, and your child will grow in ways you can’t predict. That’s not to say these carseats are a bad deal—not at all. In fact, a few are on our Recommended Carseats List. What I want is for you to be an educated consumer. Read each box carefully: pull it off the shelf and turn it around, if you can. Go to the manufacturer’s website and look at the carseat’s description. Understand how the manufacturer wants you to use the carseat during each phase of your child’s life. Then you’ll be spending your money wisely and getting the product you want, which is want we all want.