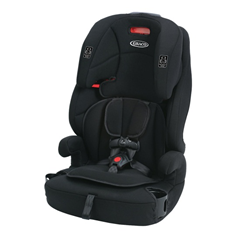 Putting the unpopular and confusing name spelling aside for a moment, the new Tranzitions seat from Graco is a very welcome addition to the current combination seat (aka harness/booster) market. Why? Because the current offerings for combination seats under $100 are slim and all fall short in some major way. Up until now there hasn’t been one easy-to-install, easy-to-use combination seat that functioned well in all modes and has good longevity both as a forward-facing 5-point harness and also as a booster – all for less than $100. Fortunately, I think that’s about to change!

Tranzitions is a forward-facing only combination seat (Graco refers to it as a “Harness Booster”) that can be used with the 5-point harness and also as a belt-positioning booster. In booster mode you have the option to use the seat with the back (highback booster) or without the back (backless booster). I like to think of combination seats as “Stage 3″ seats that are most appropriate for kids over age 2 who have outgrown their convertible seats. Despite being labeled as a 3-in-1 carseat, the Tranzitions cannot be used rear-facing which is confusing for many parents who have come to associate the term “3-in-1″ with a product that can be used rear-facing, forward-facing and as a booster. If you’re looking for a rear-facing/forward-facing/booster seat, see our reviews of the Graco 4Ever All-in-One and Graco Milestone All-in-One. 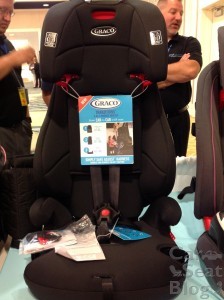 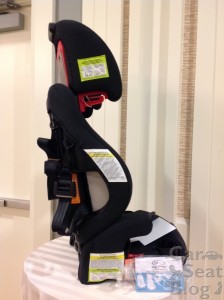 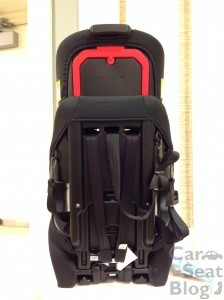 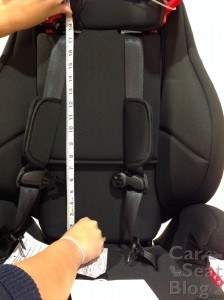 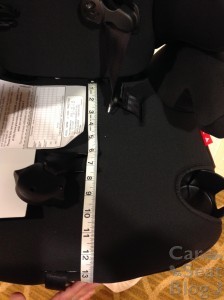 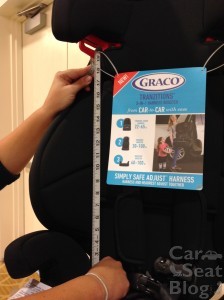 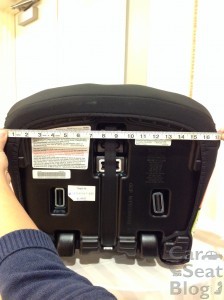 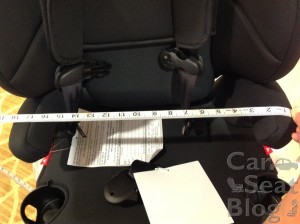 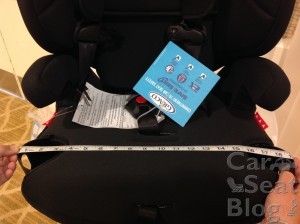 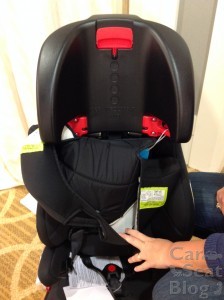 A note about the energy-absorbing properties of a blow molded shell:
Blow molding is a manufacturing process by which hollow plastic parts are formed. The blow molded headrest on Tranzitions has an interior and exterior wall with a void (air) between them. This design absorbs energy in a controlled manner very similar to having an EPS/EPP foam liner. Graco uses a drop test procedure that measures G forces to validate the effectiveness of this design.

We tested both with an EPS head rest and also the blow molded head rest, both at the back most surface and the side wings. The results on repeated testing shows that this wall of the blow molded seat represents very similar G values as we see on the existing head rests with an EPS liner.

Some final thoughts on the name “Tranzitions”. Considering that Evenflo already has a combination seat on the market called “Transitions”, I can’t say that I’m pleased with the name choice. Carseats are confusing enough already without making things worse for consumers with these much-too-similar names. Imagine if another manufacturer came out with a combination seat and called it Nautiluz! Now, in Graco’s defense, they’ve had this idea for a name for years – but it was never a good idea as far as many were concerned. I know a lot of us cringed at the spelling when we first saw it attached to a completely different Graco seat at the ABC show a few years ago. Personally, I’m just going to refer to this seat as the Graco “Z”. That’s easy, not confusing and won’t hurt my brain to look at. On the bright side, at least they didn’t call it the SnugRide 65. 😉