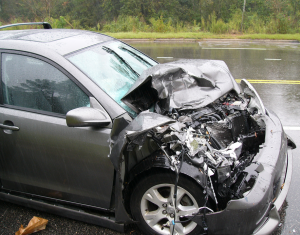 My somewhat extreme fear of death is one of the main reasons I got involved in child passenger safety many years ago. Perhaps your reasoning is similar. It’s impossible to discuss why we do this without expressing a desire to prevent injury and, of course, death.

I spend a lot of time discussing car seats on social media (Facebook and message boards like car-seat.org), and quite often, someone will post a story about a child who was critically hurt or killed in a car crash. That leads to the inevitable discussion about how the child was restrained. Sometimes we know the answer and sometimes we speculate, but the sense I get from these posts is that people are always quietly shaking their heads and thinking the parents could have or should have done better.

Sometimes that’s true. There are cases of gross neglect, where a drunk parent drives around with a completely unrestrained kid, and bad things happen. Other times, a caring parent makes the same inadvertent mistakes we technicians see every day: a seat was installed too loosely, perhaps, or the harness wasn’t buckled properly. Maybe a parent turned a child forward-facing “too soon” (which I put in quotes since the legal requirements are different than the suggested requirements, and it’s hard to fault a parent for doing something within their rights).

Given the rate of misuse—which varies from 75% to 90% depending on what stats you look at—it is likely that almost every child involved in a crash could have been restrained better, but that doesn’t necessarily mean that the misuse caused the injuries. It’s also sometimes impossible to determine misuse after the fact. In a severe (or even moderate) crash, seatbelts and LATCH straps can stretch and seats can shift. Although possibly somewhat irrational, one of my worst fears is getting in a crash with my kids, and an uneducated officer making a statement about how my children were improperly restrained simply because they see something they’ve never seen before. A rear-tethered Britax? A Coccoro with European belt routing? A rear-facing 3-year-old? Those could easily be seen as misuse by someone unfamiliar with certain seats or best practice. 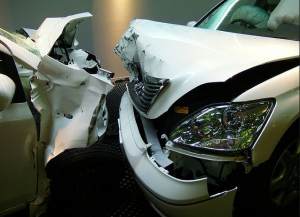 I find threads about serious crashes interesting but largely uncomfortable due to the implied (and sometimes overt) contempt that is shown for many of the parents involved. Yes, perhaps the child would still be alive or uninjured if things had been done differently, but acting sanctimonious about how much better “we” do things doesn’t win anyone over. We wind up being Monday-morning quarterbacks to someone else’s tragedy, and that feels wrong.

At the same time, I understand why it happens. We’re all terrified of losing our kids, and as long as we do things differently, our kids will be ok. Except that there are no guarantees. Yes, properly restraining a child reduces the likelihood of injury or death, but nothing can eliminate it. It’s hard facing the reality that there are some things we just can’t control, which leads us to grasp so tightly to the things we can.

I’m not saying we shouldn’t discuss tragic collisions. It helps us learn, it helps us educate, and sometimes it helps us cope. But we need to make sure we don’t jump to conclusions or place unnecessary blame. When we discuss crashes, we should think and speak with compassion, not contempt. Saying “I told you so” won’t bring back a child and won’t save our own.