I had the opportunity yesterday to see a final production model Britax Pioneer 70 and a prototype model of the new 2013 Parkway SGL. We were on the 5th floor of a Manhattan hotel so I wasn’t able to install anything in a vehicle but Darren will be receiving both of these models very soon so he’ll be able to comment on installations in the near future.

If you’ve been following along on the related threads at car-seat.org then you already know many of the details. Here’s a closer look at some features and measurements: 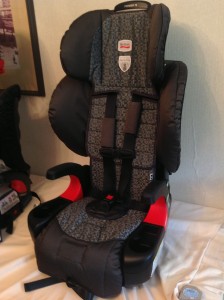 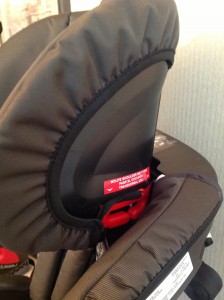 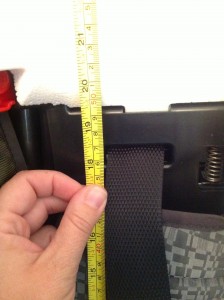 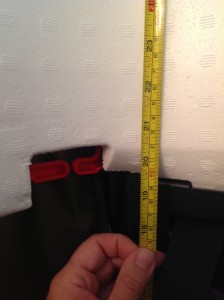 * These were the only fashions on display

Overall, I think the Pioneer 70 is a great seat that is going to be very competitive at this price point. Honestly, for most North American parents who are looking to keep their child in a 5-pt harness until about age 5-7 and then transition to booster mode, this seat will serve them nicely. And while the 20″ max height on the belt guide in booster mode might not get your child to the point where they completely pass the 5-Step Test, it should get them to the point where they can transition to an inexpensive backless booster for the last couple of years that they need a booster.

What is going to strike most consumers, and CPS Techs as odd, at least initially, is the beltpath.  Some of the components of ClickTight are still there but not functional in their originally-intended capacity because they’ve been stripped away in the price-reduction process. The beltpath seems unfinished, because… well, it is!

It’s just one of those things that leaves you kinda scratching your head. It’s not bad – it’s just not what you’d expect. I am a little concerned about the potential for misuse but we’ll just have to see how it plays out in real life. If you read and follow the directions in the instruction manual it should be clear, I just think it may be confusing to those who haven’t read the instructions.

I’m going to do my best to put it into words but Darren will probably have a video in his review that will explain it more clearly. The “mouth” of the ClickTight system is still there (with the LATCH straps stored inside) but the clamps to shut it and lock it into place are gone. The back of the plate is in the beltpath zone but because it’s not locked – it naturally sits away from the shell like a hinged door that is slightly open. When you route the seatbelt (or LATCH belt) in front of the “open door”, tighten the seatbelt and lock it that will close the gap – but probably not shut the door completely. Basically, from what I understand (keep in mind that I didn’t actually get to install the seat), there is going to be a small open gap behind the seatbelt – even when it’s properly installed. The initial thought I had is that the child might feel something in the lower back area but I was assured that they did “extensive testing” on this and concluded that it was not a problem. And I believe that because there is enough cover and padding over the beltpath that you really don’t feel anything behind it. I think it’s going to be a non-issue but again, time will tell. 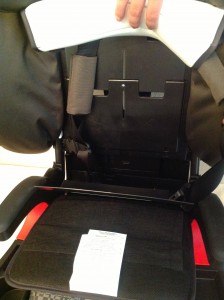 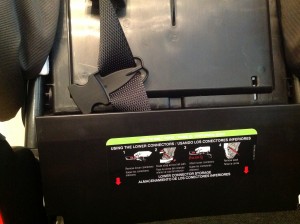 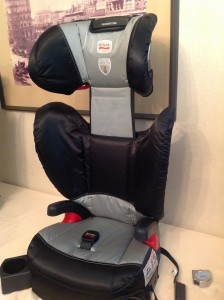 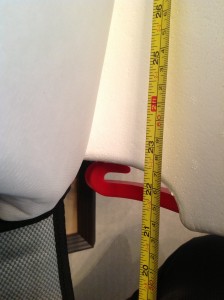 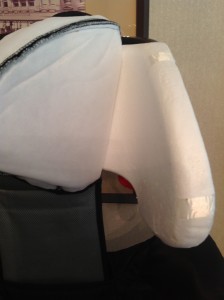 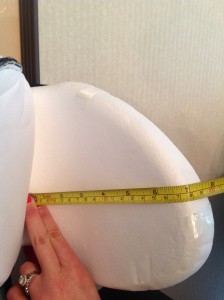 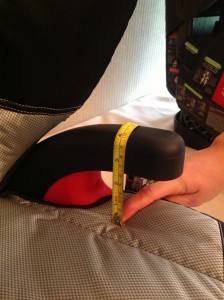 I like everything about the new Parkway SGL model! They kept the things most parents loved about the previous version – like premium push-on lower LATCH connectors, shoulder belt guides that work well in a variety of different vehicles with different belt geometries, and a very tall maximum height setting. They improved side impact protection by beefing up the headwings and torso wings, improved crash performance by adding SafeCell Technology to the inside of the base and made many other minor updates that most consumers probably won’t even notice but they all add up to a more user-friendly product. All this and yet they only increased the MSRP by $10 over the previous version Parkway SGL. For what it’s worth – I thought the armrests on the new model looked lower but when I compared my measurements in the pic above to the current Parkway SGL model that I have – I realize that they are lower but only because they are slimmer. The space underneath the armrest, which is the amount of room that the parent or child has to maneuver the seatbelt to buckle and snug it up – is unchanged.  Therefore, this new model should be just as easy for older kids to buckle themselves (with proper supervision, of course) as the previous Parkway SG/SGL models.