Home
Parenting
An Olympic Dream is Born
Tweet Pin It

I know my youngest (now 8 years old) can’t be the only kid out there who has been totally inspired by these summer Olympic games. He’s been staying up until midnight each night because he can’t go to sleep without knowing how it all plays out (we avoid the spoiler alerts). Luckily it’s summer and we both have the luxury of sleeping in most days.

He decided by day 2 that he was going to be an Olympic athlete. There was no question in his mind – only resolution. Maybe he wouldn’t win a medal (he’s okay with that – for now) but he was going to have that Olympic experience. The only question in his mind was which sport? Baseball wasn’t an option. Equestrian? Too expensive for our modest family budget. Badminten? Too uncool. Gymnastics? Requires insane amounts of flexibility (as do many other sports). Flexibility was a definite concern of his. He needed a sport that didn’t require any. This is the kid that can happily play sports all day long but ask him to bend and touch his toes and he can barely touch his knee caps!  Lol.

He pondered for another day and then decided. This was going to be his ticket to the 2020 Summer Olympics… 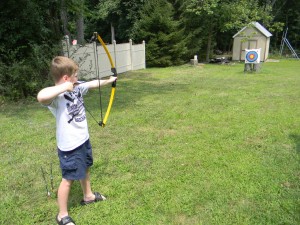 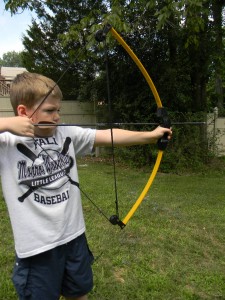 So, what are your kids dreaming of?