This is me trying to wrap up the last of the ABC Expo related info.  Thanks for bearing with me!  I’ve been sick for the last 3 weeks, dealt with a huge freak pre-Halloween snowstorm, taught a CPS Tech certification class, visited the doctor a few times and started planning DH’s big half century birthday celebration, amongst other things.

Anyhow, enough whining and sniffling and hacking from me. Let’s talk carseats and cool new strollers too! 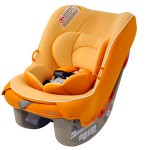 The Combi Coccoro convertible has recently been updated and the newest models have a modified infant insert cushion and a 3 lbs weight minimum which is the lowest of any convertible carseat currently on the market.  Other important features of the Coccoro include the ability to tether in the rear-facing position and a new anti-skid bottom. We were told that “delicious” new Coccoro fashions are coming in 2012 but they are top secret and we have no info on when they might be available.  We know there are lots of Coccoro lovers out there and we promise to update once we have any info on new fashions!  On the flip side – this could be a good time to comment on what delicious new colors you’d like to see! 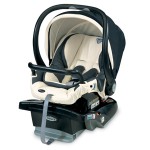 The newest Combi Shuttle infant seat is rated from birth-35 lbs and will simply be called “Shuttle” with no number designation (although I’ve seen it listed as Shuttle 35 on a few websites).  Combi touts their Tru-Safe Side Impact Protection (SIP) but wasn’t willing to share any details of their SI testing protocols.  Another important Shuttle update is a standard IMMI metal buckle which will soon replace the plastic compound buckle (aka puzzle buckle) used on previous models.  All I can say is… YAY!!!  I seriously disliked those particular plastic compound buckles.  FYI – the new buckle will be included with the next shipment due into their warehouse in December.  The first shipment of new Shuttles that went out to retailers still had the puzzle buckle but they can be replaced if the consumer wants the newer buckle.  An anti-rebound bar remains a unique feature of this updated infant seat.  We have a review of the Combi Shuttle 33 here.  Gone are the bright colors of the Shuttle 33 such as Jade, Kiwi & Indigo.  New fashions are Hamilton (cream/gray), Graphite (gray/blk) & Flagstone (cream/gray/blk).  I know those are the boring covers that the buyers for most retailers gravitate towards but it’s still coma-inducing.  Luckily, the cute bright covers from the Shuttle 33 will fit on the new Shuttle model so fun and colorful is still an option (while supplies of spare covers last).

We would be remiss if we didn’t discuss the awesome new Combi strollers we saw displayed at the expo so here’s the run-down:

New Combi “Gran Paseo” stroller is sweeeet but currently only available in Japan. However, Combi is working on a new website option that will allow American consumers to order some of their Japanese products.  You’ll pay for that luxury since shipping from Japan isn’t cheap but if you’re the type who wants a high-end stroller that you won’t see on every street corner in NYC or LA – keep this in mind.  IMO, all the Gran Paseo needs is the exquisite, authentic Kimono fabrics we saw from Combi at ABC 2010 and this could easily be the most beautiful stroller ever!  Who cares if it will cost more than a month’s rent in Tokyo?  If you’re going to bring high-end Japanese strollers to the US – I say go for broke!  Even if that means literally. LOL

Speaking of the authentic Japanese kimono fabrics that I fell madly in love with at ABC 2010 in Las Vegas – here are pics.  The Combi stroller is named Culet Mieuller.  And Vera from Combi ROCKS!! for taking these pics just for me (er… I mean us!)  <3 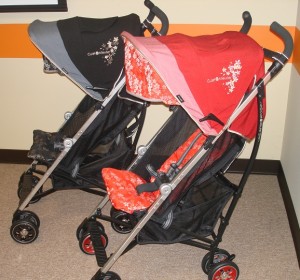 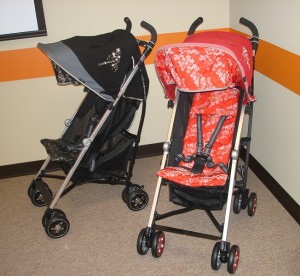