Home
Uncategorized
Britax Roundabout – How Do I love Thee?
Tweet Pin It

Doubt thou the stars are fire;
Doubt that the sun doth move;
Doubt truth to be a liar;
But never doubt I love.

Valentine’s Day is here and I’ve been thinking a lot about my first true love.  Carseat love, of course.  For me, it’s the Britax Roundabout.  Sure, there have been others – but I guess it’s true what they say.  The first cut really is the deepest.

My beloved, pre-latch Roundabout expired last summer and I spent some time yesterday preparing it for permanent retirement.  This isn’t the first time I’ve had to do this –  my first RA was made in 1997 and it expired in 2003 – but apparently the second time around isn’t any easier.

Call me silly, but I really do form emotional attachments to some seats.  I was feeling all melancholy as I cleaned it up one last time.  It’s going to live out the rest of its years as a training seat along with my old Marathon, which is also now expired.  It’s funny because even though the MA was a great seat too – I just don’t feel the same way about that one.  Maybe it’s the old pre-latch RA base that gets me.  I really loved that design.

I don’t expect everyone to understand, but those who have owned and loved a Roundabout will get it.  There’s just nothing else like it.  I know it won’t last as long as the other Britax convertibles, rear-facing or forward-facing.  But for the amount of time that you can use it – it’s like carseat nirvana.  And if, like me, you actually like buying new carseats every so often (or if you plan to have more children), then the Roundabout can be a great “starter” convertible.  The fact that it fits nicely rear-facing in small backseats and works well in many 3-across situations is just icing on the cake.

Consider this – the Roundabout was an instant hit with parents when it debuted in 1997 and it’s still a hit today – 12 years later.   How many other seats that were around in 1997 can claim that?  Ummm…. none.  The longevity of the Roundabout is a testament to how good it really is and I hope it continues to live for many more years. 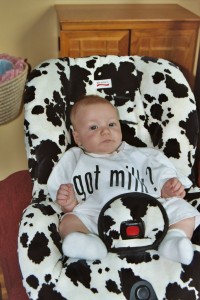 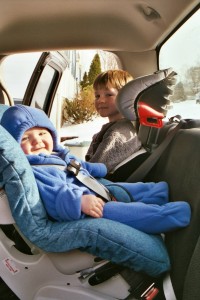