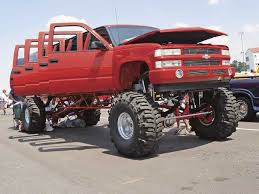 People get funny when they get into a car or even think about cars.  Common sense?  Mild manners?  Out the door.  In the USA at least, the moment they touch the wheel, people get irrational and some drivers even get a sense of entitlement, superiority and immortality.  Some even seem to think their anti-social car behavior is protected by a constitutional right.  Last I checked, it wasn’t even loosely guarded by a state law.

Nonetheless, they feel entitled to only keep one hand on the wheel, while the other is texting on a phone or writing notes of a conversation as they listen on a wireless headset.  No one is gonna tell them what they can or can’t do while driving.

They are entitled to complain about their precious new car after they slammed into the car in front of them who was suddenly stopping for a changing signal.  Shouldn’t someone make the traffic signals and brake lights more obvious?

They are entitled to have the right of way, even though they were last to approach the stop sign and opted to coast through it.  No one is gonna tell them to wait their turn for those slow people.

They are entitled to complain about rude police officers who stop them for no apparent reason.  Don’t they have more important things to do with the taxpayers’ money?

They are entitled to buy the biggest 4WD truck on the road, even though they only ever use it only for commuting to work on stop and go freeways.  No one is gonna tell them to take public transportation when they need the freedom of driving.

They are entitled to wonder why the government doesn’t do something about all the smog they see while they sit on the freeway.

They are entitled to get the trim line with the biggest engine, even though they only ever use it to slam on the pedal when the light turns green so they can slam on the brakes at the next light a few blocks away.  No one is gonna tell them what kind of car to buy.

They are entitled to complain about how they are the victims of the oil companies and wonder why the government doesn’t do something about gasoline prices.

They are entitled to not wear their own seatbelt.  Maybe they let their toddlers ride in just a seatbelt and hand them a DVD player hoping they will keep still.  No one is gonna tell them what is safest for them or for their kids.

They are entitled to complain about the skyrocketing costs of emergency room treatment and wonder how the doctors and hospitals get away with it.

They are entitled to drive 45 through residential zones marked 25, because their time is clearly more valuable than the life of that child who crossed in front of them on a bike.  No one is gonna tell them how to drive.

They are entitled to complain about the how dumb kids are when it comes to crossing streets.  Don’t parents teach kids anything about being responsible for themselves these days?

They are entitled to drive home after a few drinks because it’s too expensive to get a cab.  No one is gonna tell them when they can or can’t drive.

They are entitled to complain about how expensive auto insurance is after a DUI.  Is it right that those companies are permitted to drop you after just one offense?

They are entitled to pass a half mile of cars in the right lane, even though everyone else has followed the signs over the last two miles and merged left for the construction zone.

They are entitled to complain about stupid construction workers standing too close to the edge of the road.  Don’t they train these people to keep out of the way of motorists?!  Certainly, no one is gonna tell them to wait their turn behind everyone else.

They are entitled to road rage, to honk, to yell and to make rude gestures, even though they were the ones that cut you off.

Amusing story for that one.  There I was, minding my own business one evening, pulling into drive-up lane at the local McDoYouReallyWantToEatThis.  The entrance lane runs to the end of the parking lot and then all the way back to the order station lane that peels off near the exit.  At off hours when there is no line, you could technically just pull in the exit lane and go right into the order station, saving you 10 seconds of following arrows around the parking lot.  99% of the people follow the signs, but of course some are entitled to take the short cut, even though they would cut in front of anyone that had gone the correct way.

As I round the corner at the far end of the lot, I spot a tricked out pickup truck doing exactly that, just to get in front of me.  No big deal, sporto in the backwards cap can clog his arteries and it will have only cost me a minute.  Turns out, he was so giddy about his grand accomplishment of cutting in line that he sped right past the ordering station.  Of course, I slowly pulled behind him as he realized his mistake and was trying to back up.  Too late.  I had already made it almost to the speaker myself.   “May I take your order, please?”  HOOOOOOONK!  He turns around and starts with frenzied pointing, presumably indicating that I should let him continue backing.  I shrugged as if I didn’t understand the intent of his wild flailing.

Then he started yelling.  Well, I assume he was yelling.  I’m glad my son couldn’t read lips.  I’m glad I couldn’t read lips.  Unwavering, I stared blankly at him, acting clueless.   This nice little standoff went for about a minute or so as his road rage boiled.  The rude gestures began.  Click.  My doors locked.  Just in time, as this is when his testosterone levels mandated that he get out of his truck and make his point more clearly.  There wasn’t even a girl with him to impress!  My window was still open a bit.  “May I take your order, please?”  “Sir, move your car back!”, he ordered.  I admit, I was a little taken aback at the respect shown by being called, “Sir.” So, I replied calmly, “I’m sorry, you haven’t ordered already?  I figured you ordered right after you cut in front of me and were driving to get your food.”  Another yell, “Move it back!”  This is when I decided I probably should stop snickering and start thinking about the well being of my son (and myself).  I double checked to make sure the car was in gear in case he thought he needed to express himself further by sticking his hand through my window [that was now going up].  Nope.  Studly wasn’t as brave as he looked.  Possibly because another car was pulling into the lot.

He hopped back into his mighty Earth Destroyer.  I was thankful as I noted that there was no shotgun rack on the rear glass.  As the other car was pulling around [the right way, mind you], I decided I would back up and roll my window down to hear what Sir Friendly would order to augment his coronary stress levels.  “May I take your order, PLEASE.”  The poor order taker was getting stressed, too.  After shouting for his super size something or other, I could see him muttering to himself as he waited for his food.  I’m sure he would retell the story to his beer buddies about his manliness and how he forced this guy to back his car up at the fast food drive through line.  He probably left out how his little exploit to save himself a minute by cutting in line ended up costing him a few minutes lol.  One last gesture as he drove away.  I responded with a nice wave and a grin.

I pondered about what happened to grade school bullies when they grew up.  I guess they feel entitled to everything at the expense of other people and society throughout life.  Like many people, the anti-social behavior is made even worse once they turn the key in the ignition.  It was probably a good teaching moment for my son, but I was too busy trying to maneuver into traffic with one hand on the wheel, as I drank my Coke with the other hand.