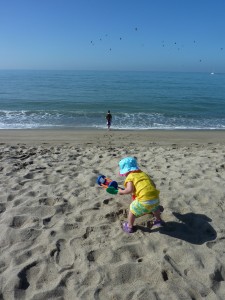 A couple weeks ago I wrote a post about water safety and how important it is to get kids in swimming lessons.

See, in that last post I mentioned that my kids started swimming lessons when they were six months old. That’s only part of the story. My son started lessons as an infant and has continued on, nearly every week, for the past six years.

My daughter, on the other hand, started lessons at six months, but we stopped after just a few weeks. She loved the water but had terrible separation anxiety. Even if I was in the pool with her–even if I was in the pool HOLDING her–she would scream just at the thought of having to go with another person. It got to the point that the instructor couldn’t even give me directions on what to do because my daughter would not ease her death-grip on my shoulders, plus it was hard to hear him over all the screaming.

We decided it was best to take a break for a few months. But a few months turned into more than a year. We have been talking about getting her back into lessons, and I keep meaning to call and see about a schedule that will work with both kids, but I just haven’t gotten around to it.

Then today something happened that made me realize I need to get my butt in gear.

We went to my son’s swimming lesson, as we do every week. My daughter split her time between me and the pinwheels they have in planters along the wall. There’s a good deal of space between the planters and the pool: A few feet of open space, some tables and chairs, then the planters behind those.

As I was helping my son dry off and get dressed after his lesson, I noticed my daughter wandering farther down the wall than I was comfortable with. I called to her to come back; that she had gone too far. She started back toward me and I watched her, but only out of the corner of my eye.

She was there in my peripheral vision–and then suddenly she wasn’t.

I don’t remember hearing a sound, or if I did it was very quiet. If anything, it was a small plop, not the big splash of a child jumping into a pool. There were a couple ripples of water. But I didn’t see her. She had literally vanished.

It’s amazing how many thoughts can run through your mind in a split second. I thought for sure that she had walked down behind another wall. She hadn’t been anywhere near the pool’s edge when I told her to come back. But I also know that when a child is missing near a pool, that’s the first place you check.

So as I was trying to process what had happened, I was also leaping up and running to the ripple. I didn’t see her until I got right up next to the edge, but there she was, flailing in the water.

An instructor was in the pool, too, and reached her at the same time I did. He was very calm and simply told her, “Put your toes down,” and pushed down on her feet, causing the rest of her body to go up. He kept a hand on her until I could pull her out. (At least I think that’s what happened. I wasn’t quite as calm as he was.)

I got her out and gave her a huge hug. She cried for a long time but was otherwise fine.

Once I settled down I marveled at how she instinctively tried to tread while in the pool and how she didn’t inhale any water even though her head was submerged almost the entire time. (Even after the instructor helped her, she still bobbed up and down a bit.) I took it as further evidence of how young children have natural instincts when it comes to learning how to swim–instincts that need to be carefully honed, of course.

She was scared but a few hours later doesn’t seem traumatized by the ordeal. I can’t say the same for myself. I keep thinking of how things might have been different if my head had been turned just a smidge more to my left, or if there hadn’t been an instructor in the pool. It reinforced for me how quickly and silently tragedy can strike. And it solidified in my mind that as soon as the swim school office opens back up, I will be on the phone scheduling her next lesson. 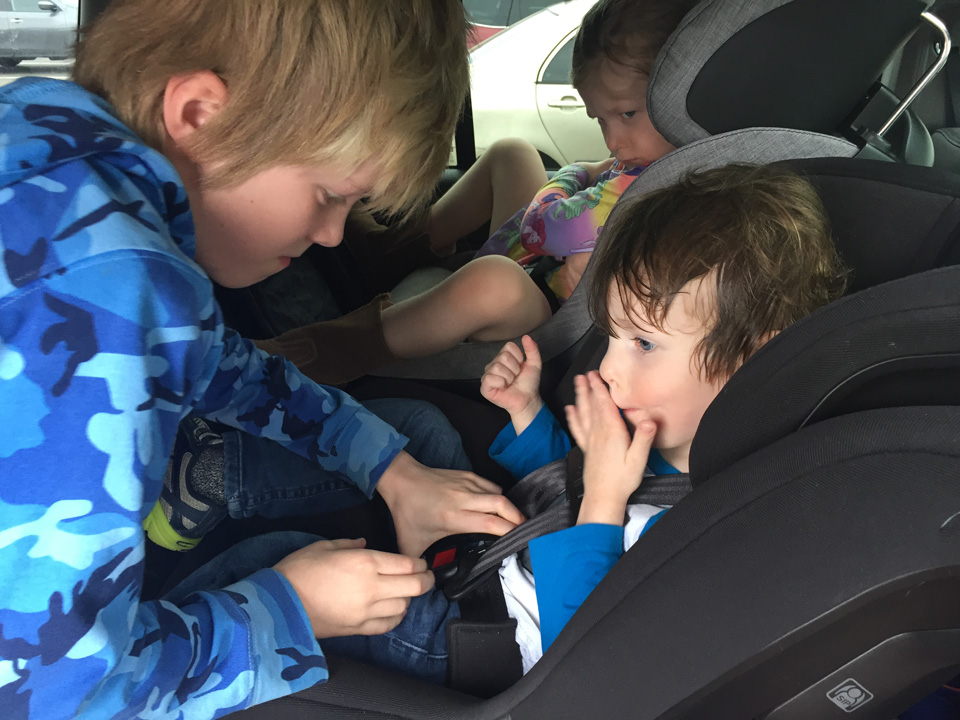